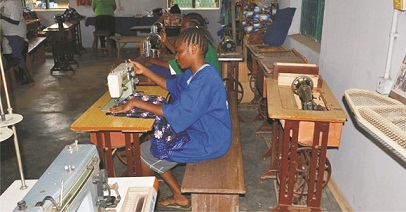 By Bayo Fasunwo
|
T he year 1984 changed the destinies of many Nigerians. This change in destinies through a change in the thinking of her nationals was expected to create a national change in the orientations of Nigerians thereby promoting national development. For the first time, Nigerians began to queue up at bus stops, banks, and even workplaces. The War Against Indiscipline (WAI) was launched, and living in dirt became an anathema. Rumour peddling was hushed and sharing of facts was done with caution.  Drug pushing became the gateway to the celestial city.

A new Nigeria repressive but effective was born. Amongst the changes that were birthed under the dictatorial rule of Major General Muhammadu Buhari was the 6-3-3-4 system of education. The Nigerian student was to be in the primary school for six years and attend the junior secondary for three years. At that point, it is expected that the student would have discovered the area of strength and therefore determine his academic and career destiny in life. Those with promising academic proficiency could proceed to the senior secondary school for another three years in the arts, commercial, technical or science classes. The desire for more studies would mean another four years or more at the Universities, (and few were they then). For many who discovered that orthodox educational institution restricts their creative abilities, found solace in the technical colleges and polytechnics.

That system of education saw the supplies of machines to the various secondary schools for influencing technical knowledge to the students. Introductory technology gave birth to a strong desire for Nigerians to pursue a career in woodwork, metalwork or electricity production and maintenance. The system of education was predicated on the perception that science and technology would be the foundation of the national development. It was also hinged on the belief that not all citizens would have the mental capacity for a rigorous University education. This mental inhibition however was not a death sentence to career pursuits and usefulness. Thus, every Nigerian could still survive and contribute his or her quota to national development irrespective of the nature and level of formal education.

However, the regime that birthed the revolution died, and so was the vision behind the educational mission. While the vestiges of the system remained on the pages of the nation’s education policy, the drive and implementation was infected with administrative malaria until, it shrank into the 9-3-4 system, which is still finding its feet in the curriculum insanity that drives the student into educational confusion. Thus, the education sector of Nigeria wallows in abject poverty, disorientation, mental kwashiorkor, and career confusion. Technological intuition has been replaced with social entrepreneurial inductions that promotes buying and selling of imported ideas without local impact. The spirit of the nation’s education is dead.

In Nigeria today, the numbers of Universities have increased, but little knowledge is being impacted. Many Nigerians have committed suicide over their inabilities to get admission or falling grades in the Universities. Many others have been indoctrinated, but unlearned and have paper degrees that could not get them employments nor empowered them to hold a job. Payment for marks in kind, in order to get ‘let my people go’ marks, have become so rampant and thriving because those who have no business being the tertiary institutions have seen it as a do or die affair. The Nigerian environment and educational disorientations have unconsciously brainwashed the citizens that getting a University degree is the guarantee to a life of success.

A cursory look into the characteristics of students in the tertiary institutions would reveal that Nigeria (ns) waste a lot of productive resources in getting what they do not need. It is just like scouting and drilling for crude oil in an environment that has water several thousands of metres below the sea level. They simply cannot cope with University education. However, these same set of people could have been geniuses if they had gone to the technical colleges and or become apprentices after their Junior Secondary education. The question at heart is where did we get it wrong?

In Nigeria, there exists Societal Relegation of people without university degrees. Employment into government owned establishments have been skewed to favour those with evidence of university education. This trend has also been adopted by the private sector. Unfortunately, given non-industrialized nature of Nigeria, those favoured by these social policies are those in the humanities, management, and social sciences. Thus, technically inclined iterates are roaming the streets unrecognized, unemployed and often times underemployed. The society drums it into the ears of the Nigerian child from the kindergarten stages that without a University degree, such would be registered in the school of poverty for life. The educational system does not promote the identification, nourishment and nurturing of talents in order to build such into the line of proficiency with or without a University degree. There is the need for the society to understand that University degrees though desirable must not be forced down the throat of those without a need for it. Te monies spent on producing unemployable graduate would have been put to better use if invested in the development of a child in his proper realm of inbuilt competence.

The society having been brainwashed by the indispensability of a University degree have oblivious of the existence and importance of other educational institutions. The Colleges of Education and Polytechnics often have a fair share of the crumbs that fall from the bread of failed University attempts. However technical colleges that teach and enhance the practical knowledge for the development of import substitution equipments and finished goods do not seem to exist in the minds of parents who want the ‘best’ for their children. These technical schools are established to polish the apprenticeship system of learning in Nigeria. It creates a formal, predictive, and structured learning procedures and processes for the production of automobile technicians, furniture makers, bricklayers, plumbers, fashion designers amongst several others. Successful graduates from these discarded institutions from the core of societal needs in Nigeria. Unfortunately, Nigeria’s priority seemed to be focused on production of University white-collar job seekers, whose contribution to national development is at worst minimal. Government compounds the distastes for technical colleges with insufficient funds for purchase of and repair of equipments, recruitment, and training of qualified teachers, hostel accommodations, and empowerment of graduates of these schools for productivity. The educational sector only boasts of less than 15% of budget allocations for all educational institutions in the country. The unions of tertiary institutions are able to arm twist government into releasing funds for their continual existence while the technical colleges are left with little air in their trumpets to cry for mercy.

There are more requests on the table of Minister of Education for the establishments of Universities. Universities, rather than being citadels of learning are fast becoming Automated Teller Machines for their Proprietors. Given the nature of the 21st century workforce demands, Government should encourage these Sherlock Proprietors to invest their wealth (often people’s wealth) in the establishment of viable and modern Technical Colleges that would train visionary youths on how to fabricate technologies for community development. The 21st century recruitments have moved from the realms of ‘what do you know’ to ‘what can you do’, hence the Technical Colleges be more situated to produce workers in this genres for the nation’s developmental needs.

There is also the need for parents to realize that some of their wards could be more useful to them and the nation after three years of technical knowledge than forcing them to seek admission into the Universities, where they cannot even cope with the theoretical academic demands. Parents have chairs, water tanks, electronics and furniture at home, sometimes bought at exorbitant prices, but could not fathom their gifted children producing such for a living. Many have categorized such jobs as less dignifying and menial meant for the uneducated. Yet many seek for the unlearned mechanic, and not a university trained Mechanical Engineer when their vehicles malfunction. Hypocrisy! Parents should raise their voices to demand for more funds to technical schools, as they remain the foundation for national development. The technical schools scattered and abandoned all over Nigeria have derailed many young men from their God ordained callings, and the nation suffers immensely from it.

For our youths roaming the streets, wasting their time seeking for admission into the Universities, be told that a dirty overall does not connote poverty, and a tie and suit does not imply success. If you have the innate passion, seek for knowledge in the technical schools, the nation needs you. When government does not employ you, the society would employ you in the informal sector, and industrialists would treat you as Kings and Queens.