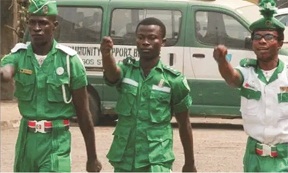 By Bayo Fasunwon
|
One of the enduring legacies of the General Muhammadu Buhari’s brief military incursion into the Nigeria politics is the monthly environmental sanitation programme.

Prior to its inauguration, in 1984, it was sad to report that Nigerians were lackadaisical about keeping their environments clean.

Nigerians were just dirty and smiling. It seemed at that period that Nigerians felt that it was the duty of government to sweep their houses and keep the markets clean.

The military government under the draconian reign of the duo of Buhari and Idiagbon however taught Nigerians that hygiene was a personal responsibility. So, on the last Saturday of every month, Nigeria stood still for three hours for all and sundry’s contribution towards a healthier environment. Women were happy to have their escapist husbands around for those hours, whilst the children were forced to engage their hands in eradicating the filth they had contributed in heaping.

Shops, markets, motor parks, religious centres and busy roads were shut down, as movements were curtailed. Many could have slept on their beds during those hours, but were prevented from doing so by environmental officials who made sure that every hand was on deck in keeping their environment clean. Trust Nigerians to try breaking laws. Such were arrested and tried in mobile courts, and many conformed to the expectations of the law.

The succeeding governments have found it necessary to sustain the monthly environmental sanitation day, howbeit, with relaxed commitment to enforcement. Our environment is left to tell the implications thereafter.

The force behind the success of the monthly environmental sanitation was the War Against Indiscipline (WAI), introduced by the same regime. WAI stemmed from the belief of the administrative junta that the problems facing Nigeria had their roots in the endemic nature of Nigerians. They believed that the average Nigerian is aware of rules and regulations, but had the inherent nature of circumventing the law.

Therefore, corruption, greed, bribery, intolerance, murders, disorderliness, robbery, rowdiness, truancy, indolence and all sorts of anti developmental behaviours of Nigerians could be solved if Nigerians could imbibe the basic tenets of discipline. Discipline would have been achieved if the administration had instilled the need for it in the curriculum of studies, hyped it on the radio, and made it a dogma for daily recital. The regime however was convinced, being Nigerians themselves that Nigerians need to be forced to do what is right.

Enforcement therefore became the elixir for the adoption of the disciplined nature by unruly and passive Nigerians. A declaration of War therefore became inevitable. War suggests a total disdain for indiscipline. It meant a battle that most be won at all costs; a forceful re-orientation of Nigerians towards the involuntary acceptance of a disciplined way of living.

The enforcement was brutal. The military took it as a task to ensure that Nigerians were forced to imbibe the disciplined nature. It became normal, though bizarre; to flog civilians with horsewhips in order to make them orderly in accessing the basic needs of life. Young ladies were ill treated for wearing skimpy skirts, and motorists feared to jump queues on hold ups. It was an insane method of forcing sanity on unwilling humans. Within the ambit of the programme, treasury looters bagged humongous jail terms for their acts of corruption and deceit, and drug pushers were publicly executed for promoting the insalubrious effects of illicit drugs on mankind.

Nigerians were forced to adopt foreign nationality abroad when they commit any heinous offences. Fear and trepidation ruled within a year of the declaration of this war. As undesirable as the ‘war’ was, Nigerians complied. However, given that Nigerians have Amoeboid characteristics, they quickly adjusted back to the disorderliness when the ‘war’ was over.

Unfortunately but true, Nigerians have embraced disorderliness as a way of life. While the issue of dressing is debatable, but decency on the part of the male and female is a definition with universal acceptance. University students have embraced attires of lunacy as the new rave of fashion. Their fashion generation led credence to the assertion that appearance could be deceptive. Areas where simple common sense dictates the creation and adoption of a queue (filling stations, especially during crises), ATM points, banking hall, restaurants and in other places, chaos has been accepted as the norm. Appealing to peoples’ common sense in that period is an exercise in futility. The sad thing however is that when military men are sighted in these places and they demand a queue, Nigerians obey without hesitation. Do we need guns to toe the line of sanity?

The roads in Nigeria are very bad. The rains are pouring in angry torrents, making manageable ways as tortuous as climbing a mountain. This, coupled with ongoing construction (or rehabilitation) works, and the breakdown of vehicles, traffic jams become inevitable. In such situations, common sense and discipline would suggest that vehicles maintain their lanes, thereby allowing passage ways for pedestrians and vehicles from opposite directions. But that is too holy a creed for Nigerians to imbibe. Therefore, lane crossing and blockage becomes the rule of the day. It becomes the survival of the most demented of all motorists. At the end of the day, a traffic situation that could have been assuaged by patience and discipline becomes a gridlock. Time, revenue and comfort are sacrificed, while stress, avoidable pains and health issues are procured. In such situations, men of the Federal Road Safety Corps (FRSC) are frustrated, as Nigerians would not obey an n officer without arms. Sanity can only be restored when unemotional arms bearing men flog and maltreat his fellow nationals. Do we have to resort to being treated like animals before we do what is right and sane?

Right now, there are several manifestations of indiscipline. Examination malpractice, unruly behaviours of students in education institutions, rascality of political office holders, impunities of workers, extra judicial activities of men in uniform, children’s rebellion to parents and extreme manifestations of religious theatrics. There is a conscious rebellion against law and order in the Nigeria State as we speak. Nigerians seem to be in need of a firmer means of enforcing discipline. Should Buhari declare another war against indiscipline, however in a more humane democratic manner?