by The Editor
in Features, Marketing
0 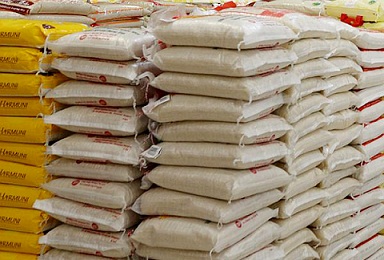 The average price of local parboiled rice surged the most in the South-South and South-West regions, according to data from the National Bureau of Statistics (NBS).

According to the NBS data, South-South recorded the highest average price of 1kg locally parboiled rice which sells for N545.03, followed by the South-West at N519.53. The lowest price of a kg of rice was recorded in the North-West with N435.06.

Experts attributed the surge in prices of rice in both regions to flooding incidences and economic activities.

According to them, the cost of transporting the rice from the northern region where they are mainly grown to the south where the market is more than doubled and would also be added to the final cost of the commodity.

According to Chairman, Ondo State Agricultural Commodities Association, OSACA, Gbenga Obaweya, “It is expected for rice to be more expensive in these regions especially in Rivers and Lagos even Ondo State was badly affected than other places.

“Also, the price of transportation has more than doubled with the fuel scarcity and high diesel cost. All this is transferred to the final consumer,” he said.

Rice, a key staple mostly consumed by households, was affected most by the impact of the flooding incidences the country recorded two months ago. The situation caused the price of paddy to jump by over 100 percent per ton with prices not showing any sign of declining.

The recent jump in paddy prices is piling more pressure on rice millers who are already contending with rising production costs amid a nearly three-fold increase in diesel cost.

All these contributory factors have brought about the sharp rise in rice prices across the country but with the south-south and southwest greatly impacted.

Africa’s biggest economy cultivated 8.2 million metric tons of rice paddy in 2020, according to the latest data from UN Food and Agricultural Organisation (FAO).

The most recent reliable figures for production come from the USDA, which has projected that Nigeria’s rice production will reach five million tons in 2022, slightly above the 4.8 million tons it predicted last year.

With this production, the country would still have a deficit of two million tons with demand at 7 million tons, according to the ministry of agriculture.