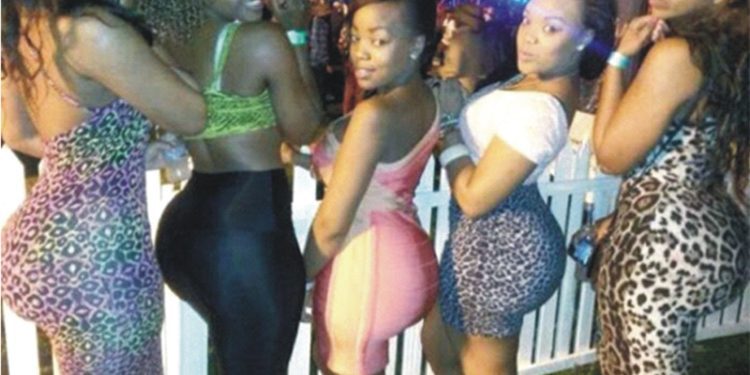 In Nigeria, there were about 1.9 million Nigerians living with the virus. As of the end of September 2022, we have 1,619,133 persons on treatment, which represents a significant leap when compared to 838,020 persons in 2017, the Director-General, National Agency for the Control of AIDS (NACA), Dr. Gambo Gumel Aliyu revealed.

Recent HIV statistics in the country showed that the virus is more prevalent among women and young people are becoming increasingly infected with the virus.

In Ondo state, report from the Ondo State Action Committee on Aids (ODSACA) showed that as at December 10, 2022, there were 22,082 on treatment, out of the estimated 26,856 people living with HIV in the Sunshine State. These statistics are proofs that the virus is still much around in Nigeria and more efforts are needed to eradicate it.

However, despite these troubling figures, there seems to be reduction in the battle against the virus and Nigerians are seemingly unbothered about the presence of the virus in their midst.

As a point to note, the total cases of Coronavirus recorded in Nigeria was 266,381 as at December 9 this year. Although, the battle against HIV started long time ago, the fight against Coronavirus seems to be a huge distraction from HIV prevalence. As at today, there is no known cure for the disease. Even some of those tested and confirmed infected with the virus shun treatment, The Hope findings revealed.

I remember two major encounters during my service year in Osogbo. As a teacher and mentor to some of my students then, I started talking with one of them, who was at that time in Senior Secondary School One (SSS 1) and should be between 14 and 15 years old. We got talking about sex education, infectious diseases and need for those who engage in casual sex to use protection (condom). To my amazement, he said, emi o kin la sweet tora tora (meaning: I do not lick candy with nylon).

This is a statement used by those who despise using condoms when having sexual intercourse. There are two implications from his words; first, he was at that time sexually active, probably with one or more of his fellow students because he was the Captain of his class. This was unsurprising to me due to my encounters and experiences with people in the area where I served. Second, he was having unprotected sex.

In another instance, the toilet in my house suddenly got blocked. We invited a plumber and he discovered that there were four used condoms blocking the waste pipe. The caretaker, who was around during the repair complained in Yoruba, “Why do people even use this thing? It does not make you enjoy the sex. It is totally useless. “

Recently, The Hope did a report on HIV patients going spiritual instead of taking medications, and many of the respondents asked, “Is there still HIV? This might be an indication that the advocacy, information and sensitisation on HIV seem to have waned, especially with the emergence of Coronavirus.

The three encounters mentioned above are exactly the attitude of many Nigerians towards HIV. Unfortunately, the current generation seems to have taken prostitution, in different forms, as legitimate trade. Aside those house in brothels, now we have hook-ups, one-night stand, Olosho and other names given to commercial sex. With the proliferation of internet and mobile phone use, a man can easily order a lady to sleep with online. There are several sites and applications to make such order.

To worsen the situation, teenagers now take prostitution as a means of survival. There are several hotels, brothels, junctions, Abetes where teenage girls engage in sex for money, even the littlest amount. With the Christmas and New Year festivals, their trades boomed. In the name of catching fun, young men and women, even the old ones are not left out in the act of prostituting themselves.

Many young people now glorify body count; boasting about how many men or women they have slept with. Having multiple partners is now considered being “woke”. Even the married ones seem to take sex outside marriage as a form of pay back for their partners’ misdeeds. With the current economic collapse in the country, sex for financial gain has become a norm. The gains and pleasure from casual sex seem to have beclouded the sense of fear of contracting HIV or other infectious diseases among Nigerians.

Another major contributor to HIV prevalence is through drug and substance abuse, majorly through people who inject drugs (PWIDs).  Data from the UNODC shows that 9% of people PWIDs live with HIV/AIDS and this figure is much higher than the 1.4% prevalence rate among the general population.

Drug and substance abuse in Nigeria has reached alarming rate, especially among the youth. Artisans, Okada riders, bricklayers and others now abuse drugs and substances in the name of getting energy and confidence. It has not only graduated to a practice that is now done publicly without remorse but has become an unfortunate trend among secondary school students. All these contribute to high HIV prevalence.

“The main issue is due to lack of information about sexual and reproductive health. Some people believe that HIV is not real. They forget that it is not only HIV that can be contracted during unprotected sex; there are other sexually transmitted infections such as Hepatitis B, C, Syphilis, Gonorrhoea etc.

He added that there is another misinformation around HIV and virginity known as “virgin cleansing myth” which is the belief that having sex with a virgin girl cures a man of HIV/AIDS or other sexually transmitted infections (STIs). “This information is wrong.” He warned.

Speaking on scientific development as regards the virus, he explained that people living with HIV can get married and have babies without transmitting the virus to their partners or babies.

“Prevention of Mother to Child Transmission (PMTCT) provides care and support for women living with HIV during pregnancy, delivery and postpartum period. The Dapivirine Vaginal Ring (DPV-VR) was approved recently by World Health Organization (WHO) which also reduces the risk of HIV; it must be worn inside the vagina.

He harped on the need for more sensitisation and education of people on the prevalence of the virus, the need for people to get tested and know their HIV status stay safe.

Also, the State Coordinator of ODSACA, Dr. Dayo Adegbulu calls on the public to get tested, know their HIV status, live responsibly and urged those with multiple sexual partners to use condom when having sexual intercourse.

He also advised people living with the virus to take their drugs as required in order to suppress their viral load.