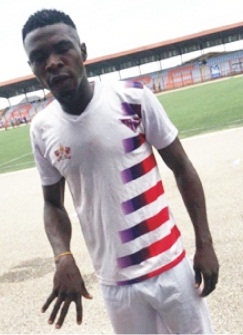 A promising rising football star, Adebayo Charles Oluwabusola has said he will continue to work harder to be great professionally.
The 18yeras old right winger is currently plying his grade with Akure City Football Club since 2015 has played series of underage football competition for the club he joined as under 13 player.
The player who scored for Akure City FC in a friendly match against Sunshine Stars this year, said he hope to do better in the year ahead.
The attacker also featured in the national FA Cup and league competition respectively.