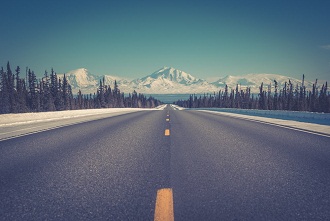 Landlords and residents of Oke Ogba community in Akure have lauded the government of Ondo State on the level of completion of the community’s road project.

The Oke Ogba road network rehabilitation of about 6km covering three other communities of  Iyangbe, Ogunmolayan and Ijaro  is already at  an advanced stage of completion as asphalt laying has already commenced.

The project handled by Dotmund  and Company Nig Ltd is among many other road projects been executed by the state government  in its bid to  transform and improve the socio- economic activities of the state .

While speaking with The Hope correspondent,  the Olu of Ijaro, Chief  Francis Kehinde expressed appreciation to the State Governor, Arakunrin Rotimi Akeredolu, who he described as a role model .

In his words ” I must thank the state governor, Arakunrin Rotimi Akeredolu for this developmental stride. I am so excited “

” The last government promised several times to flag off the road on different occasions which it never did. It was a surprise to us when the present government commenced the rehabilitation of the road “

He noted that the importance of the road project cannot be over- emphasised  as there will be an improved transport system which will be followed by an intra-city bus shuttle.

He promised that the community will do its best in maintaining the road by setting up a committee who will monitor the activities of the road users and those with the habit of blocking the drain with refuse during rainfall.

According to the site engineer, Engr. Adedayo Ojo,  the scope of  the project is a complete rehabilitation which started from hydraulic structure, that is  construction of line drain,  drainage system,  culvert and channels. This will be followed by the earth work which is done so as to bring the road to the level of the drain usually by filling with approved and tested latterite. The road will then undergo compartment  to the level where there will be no failure in the  nearest future. The last stage is priming and asphalt laying where you bring bitumen that has been heated to a certain temperature and spread across the road.

However, because of the terrain of the area, there was rock excavation which was carried out with an advanced technology.