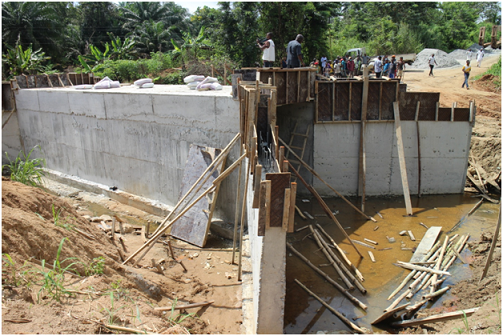 From Jimoh Ahmed,  Owo
|
Inhabitants of Olurowo street popularly known as Oke Rantry in Ehinogbe Owo, are now in joyful mood since the Ondo State Government commenced   rehabilitation of their street road few days ago.

When The Hope Metro visited the area, the people, especially the youth were seen rendering some help manually to the earth equipment operator for the smooth earthwork operations, which according to them started two days ago.

Some of the inhabitants who spoke with our correspondent over this development, unanimously expressed  joy as rehabilitation started on  the 750 metres road  which  had been in a dilapidated form for years without any attention from the past administrations in the state.

One of them, Mr Gbenga Obajuluwa said the condition of the road made some people to vacate the area for more pleasurable places in the town because car owners and commercial motorcycle riders also known as Okada stopped plying the road which hitherto increased their sufferings.

Also, a petty trader, Mrs Florence Adesola who owns a small shop on the street could not hide her joy as she was all out commending the state government for coming up for the repairs of the road which for over the years subjected them to serious hardship.

The people, who appealed to the contractor handling the repairs to complete the job on schedule, however, expressed their sincere appreciation to media organizations in the state for the consistent broadcast and publication of the position of the road which according to them further alerted government on their plights which has quickened  the repairs to  become a reality.