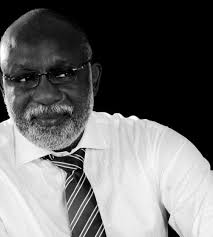 By Adekola Afolabi
|
The Ondo state governor, Arakunrin Oluwarotimi Akeredolu, has directed all MDAs and the Local Governments across the state to fully comply and submit their vehicles for integrity test at the just commissioned Ondo State Computerised Vehicle Inspection Centre.

The governor who gave the directive while commissioning the Ondo State Computerised Vehicle Inspection Service, Akure Cente, at the VIO office, Akure, the state capital,

assured that his government would continue to ensure the safety of the people of the state on the roads.

At the commissioning, the governor equally set a good example by subjecting his official vehicles to integrity test at the Centre, adding that his personal vehicles would also undergo the same test.

Akeredolu described the state-of-the-art computerised vehicle inspection gadget as a remarkable accomplishment in the overall drive towards realising the positive and effective transformation as envisaged by his administration.

Center would lead to effective transportation system in the state, describing it as modern diagnostic center for vehicles. He said very soon vehicles without road Worthiness Certificates would not be allowed to ply the roads in the state as safety is very important.

He stressed that at the end of the day all the 18 local government areas of the state would have computerised vehicle inspection service center.

Akeredolu described the centre as an Auto Trauma Center where a comprehensive electrical and mechanical check of all kinds of vehicles shall be carried out before awarding the most important road worthy certificate, adding that era of awarding certificate of Road Worthiness without the necessary and mandatory test has gone .

He revealed that with the adoption of the new technology of vehicle inspection in the state, the Ministry of Transport has experienced a paradigm shift from the inherited analogue and manual ways of assessing and evaluating the integrity and profile of vehicles with a view to awarding “Road Worthy Certificate”.

Earlier, the Special Adviser to the governor on Transport, Mr. Tobi Ogunleye, while commending the governor for the laudable initiative, explained that the Centre would guarantee and ensure safety of lives and properties of road users on roads in the state.

The chairman and CEO of Messrs Temple Resources Limited, Segun Obayendo, disclosed that the Centre has the capacity to inspect 120 vehicles per day.