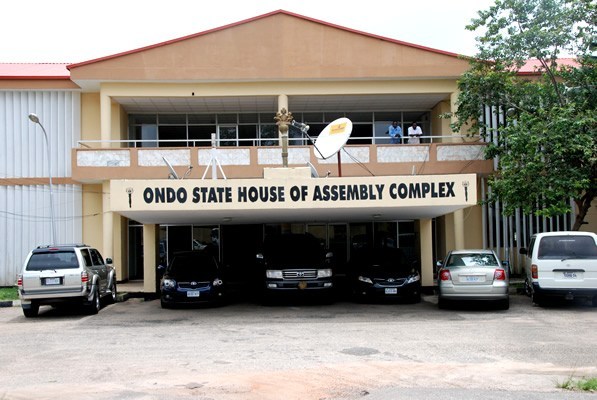 By Jubril Bada
|
Members of Ondo State House of Assembly have sympathised with the people of Idoani and the families of those who lost their lives during the Monday robbery attack of First Bank in the town.

They expressed heir sympathy during the plenary session of the House.

Speaking on behalf of the legislators, the Speaker,  Mr Bamidele Oleyelogun described the incident as a shock and called on  security agencies in the state to do the needful to beef up  security in the state against armed robbery and other crimes.

“The report of armed robbery attack on First Bank in ldoani which led to loss of lives is a shock and it has created fear to the residents of the area,” he said.

The speaker also warned the residents of the state to be wary of buying  vegetable for consumption as he said most of them being sold in the state are poisonous.

His warning followed the rate at which people are hospitalised while some lost their lives due to fertilizers used for  planting of vegetables and herbicides applied to prevent insects from destroying them.

His words ” The House is calling on the attention of the people in the state that they should be careful of vegetables to buy for consumption.