Roles of foreign observers in 2019 polls 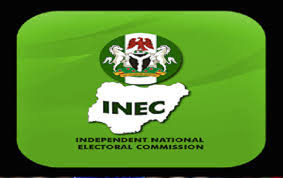 By  Bisi Olominu
|
After the hiatus of last Saturday when the Presidential and National Assembly elections were postponed, Nigeria as a country, the most populous black nation in the world has the right this coming Saturday to redeem its image.

Concerning the 2019 elections, the Independent National Electoral Commission, INEC, had accredited one hundred and forty four foreign and domestic observers to monitor the election throughout the country.

The onus is now on them to do their work conscientiously with patriotism, doggedness, zeal and without bias. Their actions must not have political colouration and must not be boosted by any political party.

It would be recalled that prior to the accreditation of the observers, the Minister of Information, Alhaji Lai Mohammed had raised an objection that some of the observers had been bought over by the main opposition and that some of them believed that the ruling party, All Progressives Congress, APC, will rig the coming election.

The expectation of Nigerians is that the coming election should not only be free and fair, but be acceptable to all parties. This is what all  stakeholders involved in the election, political parties, INEC officials, security personnel, electorates and the observers should work towards this coming Saturday.

The coming election is a litmus text for Nigeria as all eyes round the world are on the country. We must get it right and nothing must be done to shed blood of innocent Nigerians again. Elections  Observers will contribute in no small measure in making the election tick,  acceptable and credible in writing a thorough report with no political  motive.

No country in the world would like its sovereignty to be threatened, therefore the observers must see that their observation is in tandem with what obtained in every election in the world

To the Independent National Electoral Commission, INEC, it should put its house in  order. Last Saturday’s aborted election should not repeat itself again this coming Saturday. The integrity of the  commission has been called to question,  therefore  the electoral body must pass the integrity test and the election must be conducted to meet the yearnings and aspirations of Nigerians and the international community.

Equally, the image and standing of Nigeria within the international community will be greatly affected by how INEC conducts Saturday’s presidential and National Assembly elections. It must be noted that the election would go a long way to determine how Nigeria will be viewed and treated by the established democracies of the world.

The President, Mohammadu Buhari has warned would be ballot box snatchers to have a rethink, as he instructed the military and police to deal ruthlessly with anyone trying to subvert election in the country.

It therefore behoves on us all to always bear in our mind that the credibility of the elections will depend on the level of impartiality and transparency INEC demonstrates in ensuring all aspects of the elections are free,fair,credible and acceptable, thereby making the results to be acceptable to all.

The safety of the election observers must be sacrosanct and wherever they are monitoring the elections, their safety must be guaranteed.