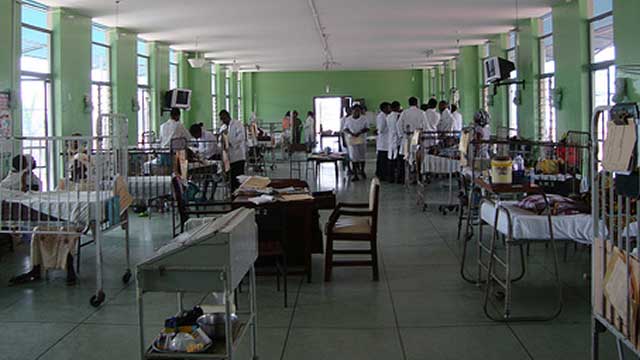 In line with government’s resolve to improve the quality of health care delivery in Ondo State, plans are underway to resuscitate the Rufus Giwa Memorial Hospital in Oke-Agbe Akoko, Akoko South West area of the state.

Permanent Secretary, State Hospital Management Board, Dr. Niran Ikuomola dropped the hint during a meeting with the people of the community on the need to improve the level of patronage of the hospital.

According to him, different categories of staff including doctors, nurses and medical laboratory scientists among others have been posted to the hospital to ensure that it comes back to life.

While soliciting for the community ‘support in the area of proffering solution to some challenges at their reach which might not be provided by government for now, he assured that government is working assiduously to resuscitate the hospital in no time.

He said; “It is the responsibility of government to ensure that the hospital functions well to serve the people within and outside the community.

” The government of Arakunrin Oluwarotimi Akeredolu is not happy with the level of closure of the hospital in time past, hence the need to revive it as some steps had been taken in this regard.

“We want the community to assist in the area of security so as to secure lives and property.

” We want you to have trust in the hospital as qualified hands have been posted there. This is one of the ways to make it function well.”

“This can be achievable with your cooperation.

Responding, Ajana of Afa, Okeagbe, Oba Oladunjoye Fajana and Ewi of Aje, Okeagbe, Oba Oloruntoba Bello while commending government for its intervention stated that the community through the sons and daughters in diaspora has embarked on  the building of a hospital which is almost completed for the use of the people.

While pledging their support for government, they promised to provide  security and also facilitate restoration of electricity to the hospital.

Speaking earlier during the inspection of the hospital, the Perm Sec commended the staff and promised to post more personnel to the hospital to make their work easier.

He urged them to see their service as a commitment, he charged them to work as a team so as to win the people’s trust.

Also speaking, Medical Director of the hospital, Dr. Mustaphar Bello stressed the need for quick renovation of the place among others for improve delivery services.