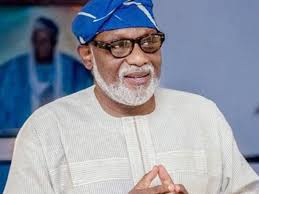 Barely two weeks to the resumption of schools, parents of pupils in public schools have appealed to the Ondo state government to arrest the rate of teachers absenteeism in classrooms.

The Hope investigation revealed that some teachers were fond of neglecting their places of primary assignment, especially those posted to rural areas.

Investigation also showed that some of the teachers are regarded as “oga’ in their respective schools, with the school heads handicapped to report them.

“We found that despite government posting teachers to some schools, the Parent-Teacher-Association have to engage members of their communities, who are qualified to teach, to engage the pupils and students.

Many of the truant teachers are said to be fond of complaining of transportation, lack of facilities and accommodation problem in the rural communities.

The Hope also gathered that while some of the teachers have refused to show up, some have become “bigger” than the schools’ heads as they come to school and leave as they wish.

Speaking with The Hope, the PTA Chairman in one of the affected schools, St Peter’s Anglican Primary School, Aponmu, Mr. Richard Fashola lamented that the school has been abandoned by many teachers posted to the school.

He said some of the teachers complained about high cost of transportation fare from the city to the school and the PTA provided accommodation for them but they did not show up.

“We the PTA have to engage few qualified PTA teachers from our purse to teach our children. We can only do the little we can but we still need more hands.

“We appeal to the state government to recruit the PTA teachers we have here, since they are with us and they are the ones teaching the pupils, this will help the situation,” he pleaded.

Fashola also appealed to the state government to look into the condition of the school and extend its school transformation agenda to St. Peter’s Anglican Primary School, Aponmu.

While speaking with The Hope, the Chairman, Nigeria Union of Teachers (NUT), Ondo State chapter, Mr. Victor Amoko attributed the menace to the handiwork of influential people in the society.

According to him, majority of the truant teachers are those with ‘VIP’ connection in the state as no teacher will become truant without ‘a strong backup’.

“So, it is not a problem the union can battle. The places they are posted to, there are people there, not animals. So, they should teach our children, who are there.

He appealed to teachers in the state to live up to their responsibilities and reciprocate the good deeds of the government to them, especially the recent approval for primary school teachers to attain Grade Level 16.

“If the government does the needful, we the supporters too must do the needful. So, anywhere we are being posted to, go and do your job,” he added.

Meanwhile, the state government has warned teachers in the state, saying truancy will not be tolerated and that culprits will be dealt with according to the state disciplinary law.

Responding to the development, the Permanent Secretary, State Universal Basic Education Board (SUBEB), Mr. Akinbamidele Akinnagbe said once reports of truancy are filed by the head teachers, the culprits will be dealt with in accordance with the appropriate laws.

“Well, as you know in public service, if anybody is given a responsibility and failed to deliver, there is punishment for such—for teachers, there are ways to discipline them,” he said.

He maintained that any teacher caught would face appropriate disciplinary committee and the right punishment will be meted on them.