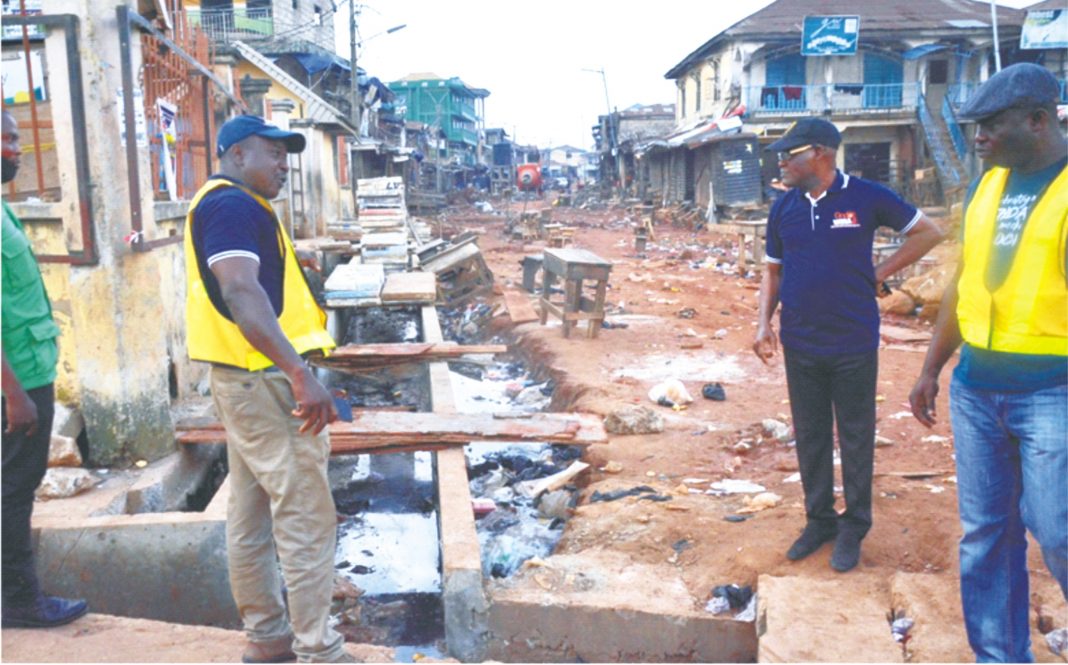 The need for traders in markets across the state to clean their shops and surroundings after each trading activities has been stressed.
General Manager, Ondo State Waste Management Authority, Rev (Mrs) Ayo Adeyemo spoke while monitoring the November edition of the monthly Environmental Sanitation exercise in Akure last Saturday.
According to her, it was important that they keep the market clean to prevent the outbreak of diseases and also to operate in an hygienic environment noting that they should embrace proper waste containerisation so as to encourage free flow of water at the drainages.
While stressing the importance of drainages in market places, she noted that it should be well maintained by desisting from the act of dumping waste in drainages and called on high way sweepers never to dispose waste of any sort in drainages.
Speaking shortly with The Hope after the exercise, Adeyemo commended residents for their high level of compliance despite non restriction of both vehicular and human movement saying “they have all inculcate the habit of cleanliness.”
She called on owners of undeveloped plots of land to always keep it clean so as not to inhabit hoodlums and also serve as dump sites.
While cautioning residents against the act of burning waste as it was against environmental law, she admonished residents to key into environmental law and also embrace sanitation.
Also speaking, Chairman, Committee on Waste Management, Kehinde Badejo attributed the high level of compliance to enlightenment and enforcement and implored residents to keep it up.
Permanent Secretary, Ministry of Environment, Prophet, Akin Asaniyan who was in Ogbese during the exercise, lamented the damage done in the demacated area of the Ogbese market stating that government was prepared to restore and reinforce saying”government is prepared to do the needful to have a better environment in Ogbese.”
Even though, at Gaga in Akure, there was high level of compliance as the whole area wore a neat look with residents engaging in aggressive cleaning, no fewer than three houses were served notice of abate nuisance by the sanitation exercise team in Simileoluwa Street, Olotin Olomiye, Gaga community.
The houses included a building under construction where work was ongoing during the stipulated sanitation hour, with those within their premises, dilapidated kitchen, cracked wall at the front of building, caved in soak away pit, lack of prescribed dustbin, indiscriminate waste disposal around the house and unprotected well among others.