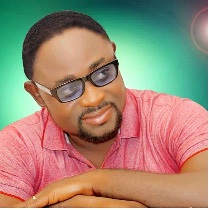 P opular Juju High- life musician in Ondo State, Taiwo Solomon, popularly known as Taye Turaya has said the gift of music to him is divine.
The artiste who disclosed this to Friday Extravaganza, narrated how he started.
“Music has always been part of me right from my childhood days though it all started during my secondary School days at Victory College, Ikare Akoko in Ondo state”.
“One thing I realized while growing up is the inspiration, the love and the passion I have for music and I must say, this has made me to go far.
Turaya, a graduate of Business Administration from Ondo State Polytechnic now Rufus Giwa polytechnic Owo, attributed that his inspiration comes from God
“I began music right from my childhood, this time 24 years ago. But in 1997 I formed my own band called Taye Turaya Band.
“When I realized I had passion for music, I decided to go through the training aspect of it and this lead me to my boss and my mentor, Chief Segun Adagunodo popularly known as Santana in 1992”
“I was a guitarist for years before I float my own band in 1997. Santana is one of our Juju Highlife living legend who had contribute to the growth of entertainment in Ondo state and Nigeria as a whole.”
He disclosed that he got the name Turaya from his fans who felt his style of music is an all round music that cut across everyone.
“We all know this famous cellphone call turaya then, they believe is that turaya phone does not have network failure and its network is all round network”.
And going by my kind of music my fans felt it shares the same feature of no network failure with the popular turaya cellphone, my kind of music is dynamic, my network is round” he said.
He identified King Sunny Ade, Commander Ebenezer Obey and Dr Yinka Ayefele as his mentor and role model in the industry.
He said his challenges generally is about life and the sound system.
“Life itself is very challenging. Though the journey had been challenging but most of what I will refer to as challenge are normal thing and very understandable in this industry.”
“I have one philosophy that we have got numerous challenges but the more we live, the more we learn. Again then we had challenge of sound system but we thank God today, we didn’t just have good sound system but full equipment”.
He started that music has done a lot for him, it has taken him to places like South Africa, Ivory-coast, Ghana and Togo, United States of America, London, Malaysia and Canada all in the name of music.
“I am comfortable in my own world, I have also received many recognitions, music have transformed my life” he said.