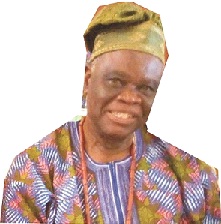 Anxious about the safety of their children, parents in Ondo State have appealed to government to fumigate schools before the schools reopen for business.
The request was made through the state chairman of the parents Teachers Association, Chief Abimbola Omoloja.
Omoloja said a thorough fumigation should be done in all school.
In an interview, the Ondo State Chairman, Parent Teacher Association (PTA), Chief Abimbola Omoloja said government should ensure that thorough fumigation is done in all schools before they reopen and also all precautions must be put in place to ensure safety for those resuming.
He said” All hygienic conditions must be put in place, like adequate water sanitation, soap, sanitisers even gadgets that will check temperature” .
Omoloja also called on parents to protect their children by purchasing sanitizers, provide nose masks for their children resuming, adding that they should teach them on how to engage in social distancing.
He stated that government should also ensure that all schools including private schools comply strictly to the protocols of COVID 19.
Also speaking, Chairman of National Association of Proprietors of Private Schools (NAPPS),Chief Derrick Ijimakinro, said the members of his association are very happy for the gradual resumption declared by the federal government, adding that they are also complaining about the classes to resume as this will pose problem for the NAPPS.
According to him:”members have been complaining about the three classes to resume by the FG, as it will give them problem of how to pay their staff.
“Immediately the certificate classes resume, teachers will also resume, and they are expected to be paid before they resume, they will demand for their salaries to be paid but the number of students to resume cannot pay all the salaries.
“Where will they get money to pay their teachers when it is not all of the students that will resume, and that is the problem facing the private schools” he stated.
On if the private schools are ready to resume, considering the recommendations they are supposed to provide in schools, Ijidakinro said some members of his association are ready while others are waiting for the announcement, saying that as government has declared now he is very sure they would have been doing that.
He also called on government to fulfil its promise by supporting the private schools with some of the precautionary materials.