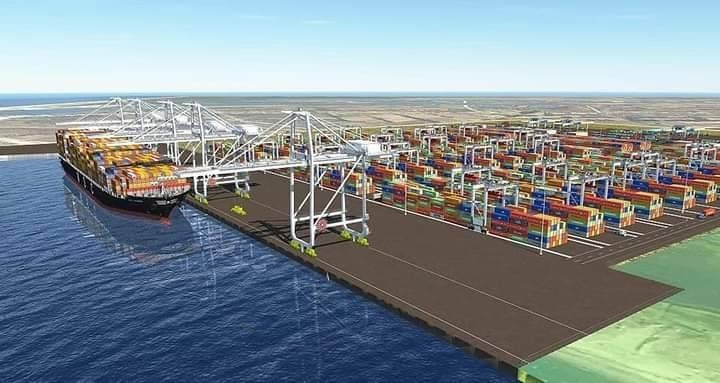 Ondo State is on the threshold of economic viability by which it would no longer go cap in hand to Abuja for survival.
The state Governor, Arakunrin Oluwarotimi Akeredolu who gave the hint yesterday said the feat would come to fruition as soon as the Port Ondo comes alive.
Akeredolu said with the take off of the Bitumen project combined with Port Ondo, the state was heading towards economic boom that would create job opportunity and a buoyant economy for the state.
He spoke at a special anniversary thanksgiving at Mountain of Fire of Miracle s Ministries, South-West Region 4, Akure to commemorate the 60th Independence of the country.
The governor urged the people to ensure his reelection for another term in realization of the lofty projects being embarked upon by his administration.
He revealed that his administration would get from the federal government, a port declaration for the planned Deep Seaport project before the end of this year.
The Governor described the Deep Sea Port project as the major priority of his administration, adding that it is the only singular project that would become a game-changer not just for the state but the country.
He explained that the Port of Ondo is the most serious business and important project the state government is so much desirous about, and when realised, would bring about unprecedented rapid development to socioeconomic situation of the state.
Akeredolu who read the only lesson at the service, assured that Ondo State under his leadership would take to the declaration of Port Ondo which he described as the beacon of hope for the economic transformation and breakthrough of the state.
He appealed to Nigerians not to give up on the country, which he likened to “our Jerusalem”, but to continue to work assiduously to lift her up.
He reaffirmed his commitment to the welfare of the workers in the state whom he lauded for their hardwork, resilience and support, promising that workers’ salaries would continue to receive priority attention.
He asserted that his administration would spare no efforts at continuing to improve the lots of Ondo state citizens, adding that his administration is moving away from the past, building new structures and consolidating new ways of doing things.
“Our resolve to confront waste, ineffectiveness, and unpatriotic attitudes remain undiluted. No price is too great to be paid for the peace and unity.
“We shall continue to work hard to curtail all enemies of democracy, agents of instability, and associates of undemocratic conducts. We shall, together, develop Ondo state”, the Governor added.
In his sermon, the Senior Regional Overseer of the Church, Pastor Samuel Yilu said Christians must always praise the Almighty God to enable Him work on whatever situations that may be confronting the country.
While assuring Nigerians that there was no problem too difficult for God to arrest, Pastor Yilu urged citizens to continually be thankful to God by which means the Almighty would bring the nation to a path of glory at His appointed time.