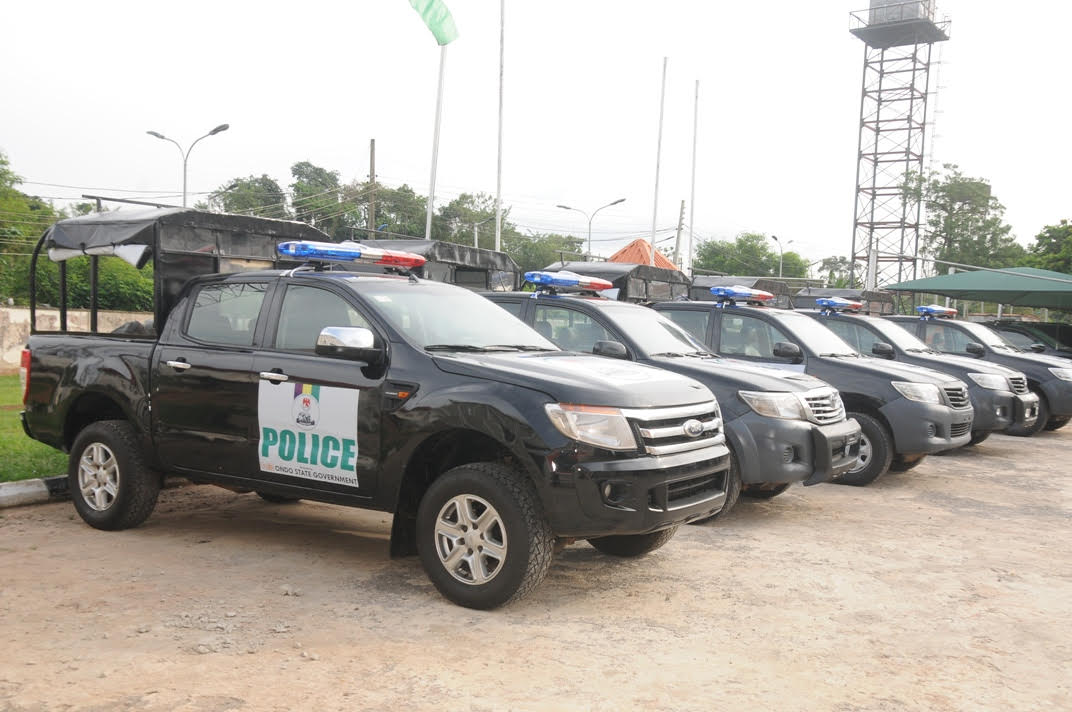 By Chris Chimezie
|
Determined to further empower the police with a view to strengthening the security apparatus within the state, Ondo State Governor, Oluwarotimi Akeredolu (SAN) has donated five Patrol Hilux vehicles to the State Police Command.

Akeredolu, at the event which took place at the Governor’s Office in Akure, said the gesture was to enable the police to enhance its operations by combing notorious areas that could serve as hideouts for hoodlums.

Handling the vehicles to the Commissioner of Police in the state, Governor Akeredolu commended the police for the great work it is doing to ensure the safety of lives and properties.

“Ondo state is known to be one of the most peaceful states in the nation and in a bid to sustain this feat, the present administration deemed it fit to donate the vehicles to the police to strengthen its security mechanism.

“There is no way the state would have enjoyed this level of peace without the police, and I am convinced that the force deserves more supports for them to continue to achieve the desired results.

“These hilux vans will further fortify the police in patrolling notorious routes as well as bushes where nefarious activities are rampant with a view to nipping such in the bud”, he said.

Responding, the state Commissioner of Police, Gbenga Adeyanju thanked the Governor for the gesture and described it as a rare benevolence, especially at a time when there is shortage of fund everywhere.

He said the Governor’s support for the police would further inspire men and officers of the Command to strive towards reducing crime to its barest minimum.

“My superiors at the Police Headquarters in Abuja are aware of this laudable event and I am certain that a letter of commendation would soon be forwarded in appreciation of this uncommon gesture.

“To whom much is given, much is expected. I will ensure that these vehicles would be adequately used to curtail criminal activities in the state”, he assured.

Adeyanju who stressed that the vehicles would expand their patrol, however, maintained that the police will do all within its capacity to ensure that the existing peace in the state is sustained.

At the event were; Speaker, Ondo State House of Assembly (ODHA), Rt Hon Bamidele Oleyeloogun, Deputy Speaker, Hon Iroju Ogundeji, Chief of Staff to the Governor, Chief Olugbenga Ale and Special Assistant to the Governor on Security Matters, Alhaji Jimoh Dojumo among others.