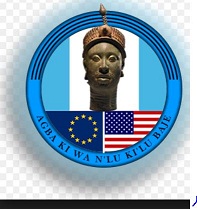 Yoruba Council of Elders (YCE), Ondo State chapter has commended the South/West governors and other stakeholders in their efforts to combat the activities of insurgents.

This is just as the council decried the rate of banditry in the South/West, it called on the government to acquire Air Surveillance Equipment for security forces to facilitate aerial monitoring of the ground space.

This was contained in the communique issued after their quarterly meeting held in Akure during the week.

The communique signed by the Chairman and Secretary of the Council, Chief Anthony Meraiyebu and Elder Festus Akinyeke enjoined traditional rulers in the Southwest to stand up to the challenges of kidnappers, so as to stem the tide of insurgency by using all traditional powers to arrest the situation.

The communique charged the Federal Government to step up its operations to completely eradicate the insurgence of Boko-Haram terrorists with sophisticated fighting equipment for the Armed Forces and involve stiffer penalties for culprits accordingly.

The council condemned in its entirety the proposed radio station and amnesty for Fulani herdsmen and charged Federal Government to create more jobs opportunities for the Nigerian teeming youths by revamping moribund factories, refineries, agriculture and the power sector.