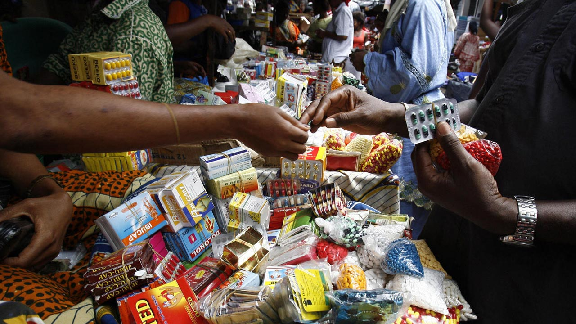 Health professionals have raised concern about people’s health as over 90% of Nigerians engage in self medication.

They warned that they are at the risk of serious ailments and death.

The experts submitted that the liver is the first receiver of the negative effects of self medication and it could lead to over abuse of drugs, which consequently results to several nefarious  activities in the society.

The Hope, spoke with the Senior Registrar, Department of Family Medicine, Federal Medical Centre (FMC), Owo, Dr Samuel Aluko, a researcher with Global Health Focus, Isaac Olushola Ogunkola and a Pharmaceutical Microbiologist, Wahab Ibrahim on the implications of self medications.

Aluko stated that studies showed that between 52% to 92% of Nigerians self-medicate before COVID-19 pandemic outbreak and this prevalence had increased as the pandemic ravages the world.

While putting the current self-medication prevalence level in the country around 95%,  Aluko revealed that pain killers, antibiotics and anti-malaria drugs topped the list of drugs mostly consumed by Nigerians without any medical prescription.

The medical expert decried the level at which many patent medicine stores engaged in mixing drugs, usually called “Akapo” (mixture), stating that self-medication could lead to the damage of body organs, drug abuse, drug resistance and increase in morbidity and death.

“Sometimes, people go to patent medicine store owners to complain of headaches, body pain and others, they put different analgesics like paracetamol, ibuprofen, tramadol together and these drugs may have toxicity effects.

“It could also lead to over dosage. If you take too much of paracetamol, it can destroy the liver even have other effects on the kidney and the heart.

“In the first instance, self medication can lead to toxcity: that means the drugs becoming a dangerous element in our body system, destroying our liver and kidney leading to what we call kidney failure and even affecting the heart, affecting the central body system, every part of our body.

Aluko added that abusing drugs while self medicating could lead to the body organisms building resistance to the drugs and they would have no expected effects in the body.

He stated that when the microorganisms in the body become resistant to drugs, it could lead to other ailments and also death.

He stressed the need for awareness and education on the dangers of self medication and government to implement the right policies to guard against self medication.

“NAFDAC and other agencies should increase their activities in terms of going around to check and  enforce these laws. We have these laws but we lack strong capacity to put them into practice.

He said it has become a norm for most Nigerians to self-treat ailments without knowledge of the implications.

Ogunkola confirmed that self medication could lead to the body building resistance to drugs.

“Anti-bacterial resistance is a silent pandemic and it has been projected that by 2050, it is going to kill more than HIV and other infections combined.

“They may not feel the immediate repercussion at the moment but it builds over time and may affect their health over time”, the Ambassador, Royal Society of Tropical Medicine and Hygiene revealed.

As solutions, he recommended awareness using conventional and the social media, religious and educational institutions and other groups in the country.

In his contribution, a Pharmaceutical Microbiologist, Wahab Ibrahim said eight out of 10 Nigerians,  both young and old, engage in self medication.

Ibrahim said the liver is the first receiver of the negative effects of self medication and it could lead to over abuse of drugs, which consequently results to several nefarious activities in the society.

The Africa Antibiotics Guardian Ambassador recommended that people should be educated on the implications and unlicenced pharmacists should not be allowed to operate in the country.