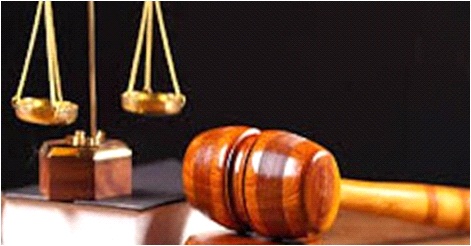 A 70-year-old man, Bolawa Balogun, is now facing a two-count charge before the Chief Magistrates’ Court in Ondo town, for fraudulently obtaining N14,000,000 from a company Arayana Global Resources.
Balogun appeared before the court on Thursday for allegedly collecting the amount under false pretences by selling 280 acres of land to the company in which he reneged.
Balogun was alleged to have given false information to the police at Area Commander’s office Ondo and also conducted himself in a manner likely to cause the breach of peace.
The defendant pleaded not guilty to the charges preferred against him.
He was said to have committed the offence in May 13,2009, at about 11am at No 3 Ayoade street in Ondo, contrary to and punishable under sections 419,261(A)(1) and 249(D) of the Criminal Code, Cap 37, Volume 1, Laws of Ondo State of Nigeria, 2006.
The police prosecutor, Gbenga Akinsulure , told the court that three witnesses would testify in the case and applied for a date to enable him study the case file.
Lawyer for the defendant, Mr. Olakanmi Falade, applied for the bail of the defendant in most liberal terms.
The presiding Magistrate, Mrs Odenusi Fadeyi granted the defendant bail in the sum of N500,000 with two sureties in like sum.
Fadeyi adjourned the case till October 28, 2020 for hearing.