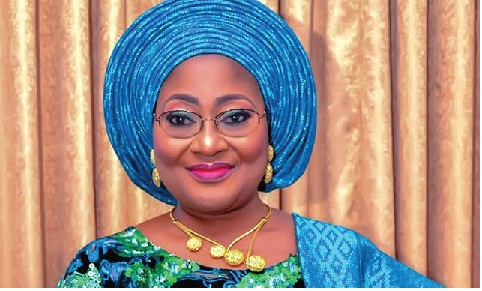 Seven persons have been arraigned before an Osogbo Magistrate Court, for allegedly attacking  Osun First Lady.

They were brought to the court by the police on four count-charge bordering on conspiracy to commit a felony, serious assault, and malicious damage.

The police prosecutor, Inspector Asanbe Kayode, accused the defendants with others at large of causing the breach of peace by attacking the First Lady, her Excellency Mrs. Kafayat, and inflicting injuries on her aide Mr. Benson Oyebode and Mr. Femi Alabi DSS by throwing stones on them.

He added that the defendants unlawfully damaged the glass of three convoys, valued yet unknown properties of Osun State Government attached to the First Lady.

the prosecutor further alleged that the accused committed the offense on the 19th of August, 2022 at about 8 pm at Owode market Ede in the Ede.

The defendants, however, pleaded not guilty to the alleged charges.

The Defence counsel, S.A Gbenle pleaded for the accused and urged the court to admit their bail, noting that they would be available as when due.

The presiding magistrate, I.R Salami granted them bail with 500,000 and two sureties in like sum.