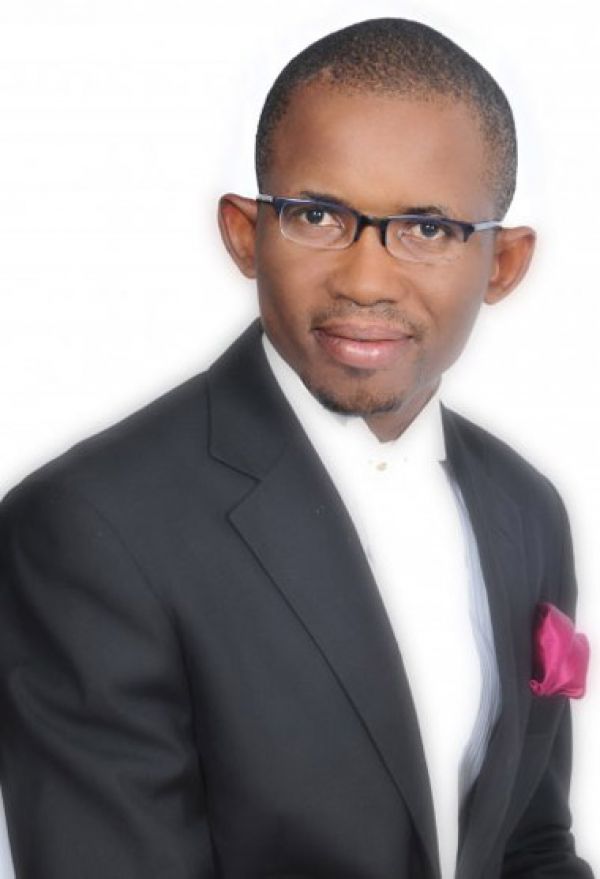 By Kayode Ajulo
|
It delivers both worry and wonder each time our nation-state hoist its flag for the wrong reasons; reasons anchored on the wings of any report that does disservice to the name of Nigeria.  Even so, such reports, when they filter into public domain, leaves a patriot with a sore sense of shame.

Time and time again, our memories have been left awash by the sordid and heart rending accounts of unwarranted killings by men of the various Nigeria security apparatuses.

This spate of sheer wanton vandalism of human lives is, to say the least, a departure from what humanity expects of a sane society, a society that doesn’t answer to what Thomas Hobbes captioned as one where there is continual fear, and the danger of violent death, a life solitary, poor, short, nasty and brutish’, a state where war of all is war against all (bellum omnium contra omnes).

We cannot continue to live in such a state where Nigerians live their lives like budding tendrils of roses trapped helplessly in between a swathe of cactuses, labouring, against the overbearing weight of thorns and thistles, to sprout, and survive.

Just not too long ago, a 23-year-old Linda Angela Igwetu, was gunned down by an officer of the Nigerian Police Force on the eve of her Passing out Parade from the mandatory one year NYSC program. By a similar stroke of ill-fate, 31 year Anita Akapson, United Kingdom returnee daughter of former Minister and Senator of Federal Republic of Nigeria, Easter Nenadi Usman was gruesomely shot at close range by a senior officer of the Nigerian Police Force in Abuja.

These instances are rather a tiny fraction of many more unfortunate occurrences where trigger happy policemen and military men open fire on unarmed innocent civilians who were either going about their businesses, seated in their cars or protesting peacefully on the streets.

On the 29th of October, 2018, men of the Nigerian army, in an attempt to disrupt a peaceful procession and protest by some members of the Islamic Movement of Nigeria (IMN) deployed the use of live ammunition on the sect along Kubwa expressway, in Zuba axis of Abuja but as expected, the military however denied being the aggressor in the violence which witnesses said left many of the protesters dead.

In that incident, the army also admitted three Shi’ites were killed and that the protesters repeatedly lobbed Molotov cocktails at troops and police officers manning the security checkpoint near the overhead bridge in Karu, showing images of wounded soldiers as catapults, stones and dane guns allegedly recovered from the protesters were displayed.

The group had reportedly taken to the streets, peaceably, on Monday to demand the release of their leader, Sheikh Ibrahim El-Zakzaky, who has been in government custody since the men of Nigeria Army clashed with his followers in Zaira, Kaduna, in December 2015.  Sheik El-Zakzaky has been at loggerheads with Nigeria’s secular authorities for years due to his call for an Islamic revolution in Nigeria.

The protest, being one among a series of repeated protests demanding his release is what occasioned the clash between members of the sect and the police and the army in Abuja on Monday.

Sadly, this is not the first narrative of clash between Nigerian soldiers and Shi’ite protesters. Members of the Islamic Movement of Nigeria have held regular protests to demand for the release of their leader since December 2015 and each of the protests has sprouted a worry between the sect and army.

Whatever reasons advanced or shall be given for the clash, it is simply shaming that what we serve the watching world are news of a static society. It should haunt and hurt us as a people that we rarely feed the world cheerful news. Our economy is precariously poised in doldrums, the health and education sector lie in ruins, yet we glory in the evoking and gory images of wasted human lives flying in the face of a civilised world.

The manner at which lives are wasted daily and the usually watery alibi and justification furnished at the wake of these killings is very unbecoming and it must be condemned in the strongest terms.

In what seem to be the flashpoint of the clash under discourse, Sheik Ibrahim El-Zakzaky, a foremost Shi’a Muslim cleric and the leader of the Islamic Movement of Nigeria (IMN) along with his wife, was taken into custody after soldiers reportedly, in what the situation admits as a commando attack, swooped on and massacred his children and a number of his members well above five-scores in Zaria, Kaduna State, between 12th and 15th December, 2015.

On the heels of the carnage, a judicial panel set up by the Kaduna State Governor Nasir El-Rufai found the military culpable, consequently, recommending a Major-General for trial. However the Nigerian Army denied culpability. Even so, the President, Muhammadu Buhari, defended the actions of the military in a media chat on the 30th of December 2015.

Even though the International Criminal Court is currently investigating the December 2015 massacre — which has official estimate of 347 deaths and Shi’ite leaders insistence of a death toll of over 1,000, no concerted effort has been made to critically appraise the issue and forestall a recurrence.

As a human right advocate and jurist of the realm, I cannot subject my conscience to the rigours and torture of mincing words by trying to whittle down the consequences of flagrant disregard for human lives.

May I quickly beseech each one of us to allude our mind to the submissions of Thomas Hobbes in his widely acclaimed treatise on statecraft” The Leviathan” wherein the English political philosopher admonished that the underlying purpose of the commonwealth is peace and in such a political community founded on ethos of liberty and the common good, summum bonum, the sovereign has the right to do whatever he thinks necessary for preserving the peace, security and prevention of discord.

This right however, doesn’t void nor operate against the individual lives and liberty of the people, it must not by a fraction, reduce the premium placed on human lives vis-à-vis peaceful protest.

There have been plural sides to the news reports on the clash, at least those so far harvested from the protests of the Shi’ite adherents.

The latest version of reports being the arrest made by the police of more than a hundred members and charging of at least 400 members of the group to the court of law.

This indeed, is a laudable approach by the Nigerian Police Force and I must at this juncture, commend for recommendation the Commissioner of Police, FCT-Abuja, Bala Ciroma, who truly in the circumstance appreciates and ardently operate within the ambit civilised rules of engagement.

Mixed reactions have continued to trail the clash with both parties being contradistinctive on the accounts and excuses as to why the clash and subsequent casualties were recorded.

Although the Police in its account has claimed that IMN protesters went on the rampage and attacked innocent citizens, disrupted businesses, obstructed traffic and destroyed government properties, including police vehicles.

The police mentioned also that 22 of its personnel were injured during the protest, using catapults, iron bars and stones.

It was gathered that President Buhari has condemned the sect’s action of blocking the road the Chief of Army Staff, Tukur Buratai was travelling on. However, there’s a court order to the effect that El-Zakzaky should be freed, an order which the Nigerian government has refused to obey up till now.

Let it not be heard of that the custodians and institutions designed to uphold and maintain laws are now acting in reckless disregard of same. The words of Martin Luther King Jnr are instructive on this note to wit

” law and order exist for the purpose of establishing justice and when they fail in this purpose, they become the dangerously structured dams that block the flow of social progress”

The ensuing circumstances, facts and figures are replete with some underlying issues. First, what are the role of the military and the police and when does it become imperative to deploy their services in any given situation?

The answer is not far-fetched because the roles of the nation’s police force and armed forces (the army) are enshrined in the Constitution and these roles primarily straddles the maintenance of law and order as well as the defence and preservation of the territorial integrity of Nigeria and other core interests respectively.

To this end, Section 214 of the Constitution provides for the establishment of the Police force. Under subsections 3 and 4, the President or Governor as the case admits, may give ‘lawful’ directions with respect to the maintenance and securing of public safety and public order as may be considered necessary. This provision is further strengthened by Section 4 of the Police Act.

There is no contending that the import of paragraph C of this section does not run counter to the provisions of sections 31 and 40 of the same Constitution.

Secondly, does the retaliatory measure taken by the police and men of the Nigerian army during the clash necessary, was it legal, within against the backdrop of internal security?

Was the retaliatory force commensurate with the perceived aggression?

Was there an apparent threat to the internal security of Nigeria by the mere existence of peaceful protests?

Even in war, International humanitarian law regimes recognise the rights to life of civilians, enemies and accordingly, prescribes some measures of restraints in armed conflict.

For instance, the Geneva Convention and its Additional Protocols is laced with so many safety valves in favour of civilians and even unarmed combatants in hostile situations.

However, as sad as it is, much is left to be desired of such situation, as the one under review where peaceful protest by civilians is matched with brute, inordinate and unqualified force.

No arrest, no prosecution. The people, in trepidation and the oblivion of what happens next, just wait for the next report of killings as if there is no government.

As a country, we must refrain from further attaching cosmetic value and sentiments to human lives. We must desist from according justification to these unbridled and unlawful killings.

There is a duty on us, more than ever before to tone down the flippancy with which we address these issues. The sanctity of lives must be restored if we must make meaningful progress as a country.

This is the minimum we can do to give the world good impression as to the measure of worth we place on life.

Government must act differently. It must impress the need for restraint on the men of Nigerian army and sister security operatives. The life of a Nigerian, irrespective of faith, colour, political or ethnic label, must count!

What are defenses for libel?

Is executive order a law?