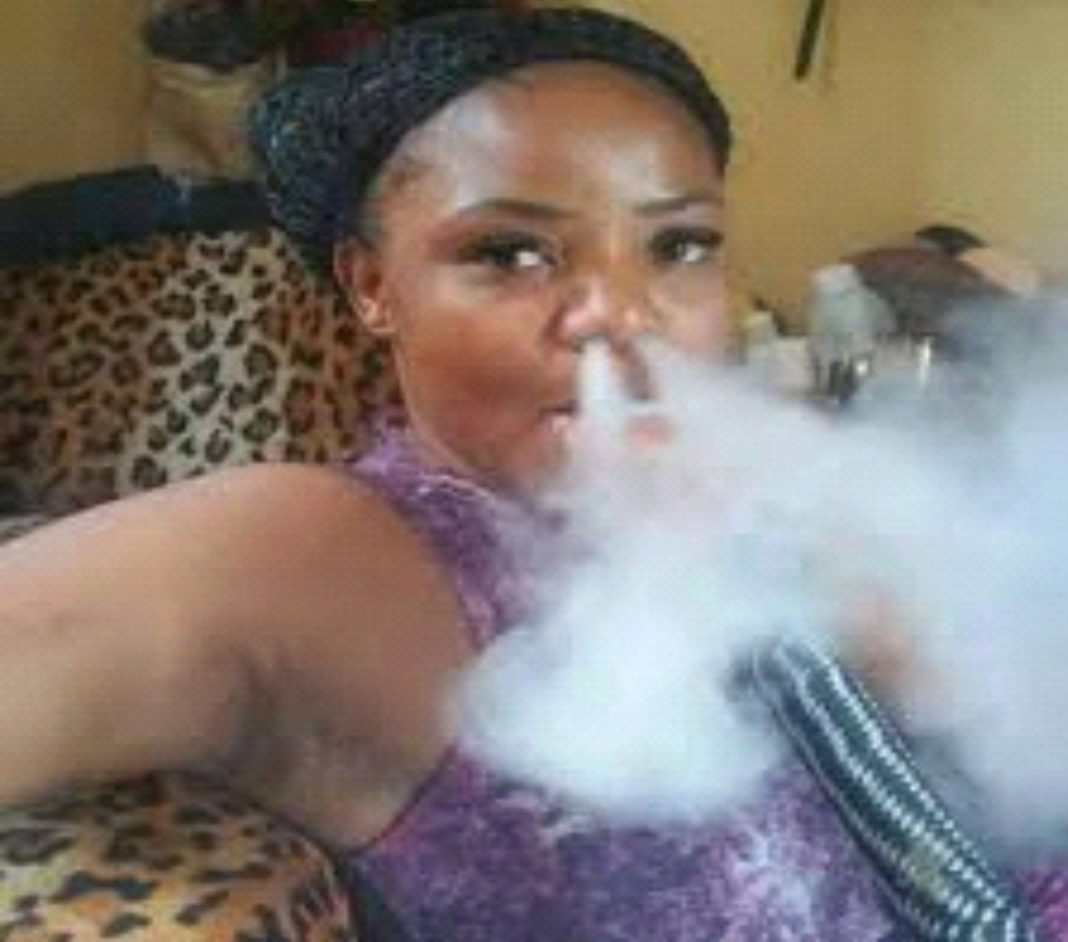 While the euphoria of Christmas festival was on, many people visited different places to have fun but for my 17 years old cousin, she decided to try something new with her friend.

My sister called me if I had seen my cousin’s WhatsApp status but I answered negatively with curiosity to know what was happening. She said she would send me videos and pictures, which she did after the call.

Lo and behold, my cousin that just finished secondary school was in the video smoking shisha, with smoke oozing out from her mouth like ‘Sango Oluwere’ (god of thunder).
I called the mother to invite her over to the house and I questioned, “So, you have started smoking?”. Her eyes went wild as she hurriedly answered, “Smoke ke! Me! I don’t smoke”. 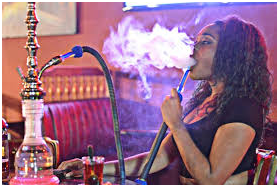 Then I showed her the video where she was puffing Shisha smoke. With naiveness, she said, “this is not smoke now, this is Pineapple flavour”.
I asked what Pineapple flavour means, she could not explain but only know that the taste in her mouth was that of pineapple.

A lot of young people now cultivate the habit of smoking Shisha without iota of knowledge about the silent killer. The high prevalence was witnessed during the yuletide.
Shisha smoking, also called hookah or hubble bubble smoking, originated from Asia but has recently become more popular in Nigeria, especially among young people.
It is a way of smoking tobacco through a bowl with a hose or tube attached to it. The tube has a mouthpiece that the smoker uses to breath in the smoke.
Shisha usually contains tobacco which is sometimes mixed with fruit or molasses sugar. Wood, coal or charcoal is burned in the shisha pipe to heat the tobacco and create the smoke. 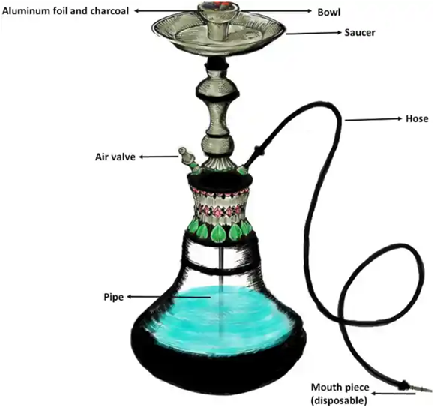 Popular flavours include apple, strawberry, pineapple, chocolate, mint and cola among others are added to the hose. This explains why my cousin believed she was inhaling pineapple flavour.

The flavours play a major role of a “motivator” for smoking Shisha because they provide the smokers with pleasant taste and smell.
With the sweetness of the smoke being inhaled, the terrible danger in smoking the substance become concealed.

According to the World Health Organisation (WHO), a session of shisha smoking is equivalent to smoking between 100 and 200 sticks of cigarettes. With this, the smokers are exposed to several health damaging consequences.
In a report by British Health Foundation, “Shisha can increase your risk of heart and circulatory diseases because it usually contains harmful chemicals. Sometimes, they are the same chemicals used in cigarette. Like cigarettes, shisha contains nicotine, tar, carbon monoxide and heavy metals such as arsenic and lead.

“These chemicals can make the walls of your arteries sticky, so fatty material can stick to them. If the arteries that carry blood to your heart get damaged and clogged, it can lead to heart attack.

Other dangers identified in smoking Shisha by WHO, health researchers and practitioners are heart and circulatory diseases, cancers, nicotine addiction respiratory infections.
A team of researchers from Brighton and Sussex Medical School found that people are more likely to gain weight and develop ‘Type 2 diabetes’ after inhaling “hookah” fumes, when compared to non-smokers.

Health studies have shown that many factors have promoted high prevalence of Shisha smoking among young people and the major reason is perception that ‘it has no harm’.

Others are social acceptance/less restrictions, accessibility, use of flavours, curiosity, peer pressure, fashion, higher socio-economic status, and need for amusement. All these were witnessed during the yuletide.

Commenting on health damaging habit, the Director, Global Research, Global Health Focus Africa, Yusuff Adebisi said Shisha smoking had been a longstanding public health issue and most of the smokers believed they were taking fruit juice.

On ways to curb the prevalence, the health researcher said, “it is very harmful but many people are not aware about it and there is need for people to have proper education, to have knowledge about the harmful side of the substance.

“There must be a massive campaign to sensitise people about the dangers of smoking Shisha because it is proven that it can cause cancer.

“Beyond awareness, government should engage in grassroots sensitization because even secondary school students now smoke Shisha. They see the elderly ones smoking it and they consider it a norm to smoke”, he suggested.

Adebisi also recommended that stakeholders in various communities should be engaged to widen the sensitization of the public about the substance.
Also, a Public Health Professional, Molly Unoh Ogbodum also confirmed that Shisha smoking was very harmful to health and could lead to addiction and other diseases such as lung cancer.

She suggested that one of the ways to reduce the effects of the substance among the smokers is to provide knowledge about the substance to the public, especially the youth, who were the major smokers.

Why identifying that Shisha was mostly smoked in bars and lounges, unlike cigarettes that can be smoked anywhere, she recommended that there should be a policy that regulates the consumption of the substance. 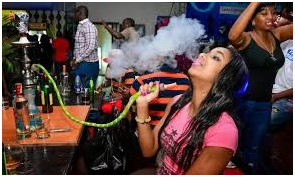 Ogbodum also identified that Shisha was mostly found among smokers and therefore, there should be, “Tobacco Harm Reduction” programmes to mitigate the negative effects of the substance.