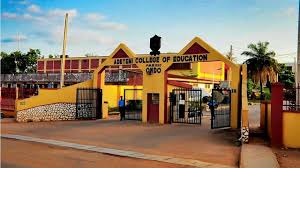 From Sade Adewale, Ondo
|
The Provost, Adeyemi College of Education Ondo, Dr. Samuel Akintunde has enjoined students of the institution to do away with things that can incriminate them and always give peace a chance.

Akintunde stated this during the commissioning of borehole presented by the outgoing Students’ Union Government of the institution, which held at Loyo hostel in the school premises.

According to him, the college has invested heavily in their students to the extent that even when they go out they will represent the institution well and also impact in others.

Akintunde advised the incoming SUG to learn from what the outgoing executive have done so that they can do more.

He noted that only  hostel which had water could not meet the needs of the population, making some students to miss classes and tests.

Adebusoye stated that the borehole will reduce the problems of water in the institution, saying this will serve the whole hostel if it is properly used.

He urged the incoming SUG executives to make the welfarism of the students a top priority.

Coping with challenges in January

Coping with challenges in January