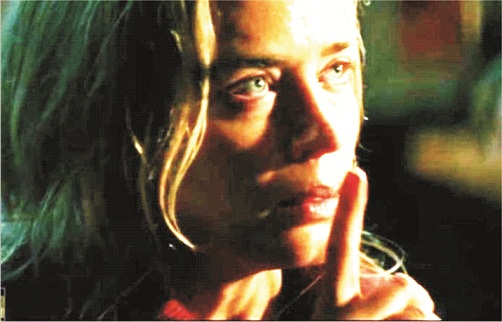 The most difficult person to deal with in anyone’s life is oneself.

“What do you say to yourself all day?” my cousin asked me. We were sitting in the verandah in my mother’s house, sipping coffee. She was 23 years old, finishing her final year in college and had come to stay with me for a week during Easter break.

A bright young student of Mathematics, Priya had very high dreams for herself in life and it certain that she would achieve all of them. Determined, intelligent, decisive and diligent at doing whatever task she took up, Priya was the one point of contact for everyone in the family who needed counselling or problem-solving.

“I speak very pleasant things to myself,” I replied. “Why do you ask?”

“I don’t speak anything nice to myself,” she said and started sobbing. “I hate myself and say mean things. I feel unworthy of happiness and my dreams. I wouldn’t criticise even my worst enemies the way I criticise myself.”

This was very surprising to me since she didn’t seem the type who was anything but supremely happy and confident. A few conversations later, I figured out how much Priya had negatively programmed herself. She had lost meaning in life and felt unworthy of everything. One of the many triggers for this was her overly critical father and an excessive praise-doling mother. While her father criticised her to keep her on her toes in studies and life, her mother heaped praises on her for everything she did. As a result, Priya grew up feeling confused about which parent gave a true feedback on her actions. She also fell prey to feeling pressurised by her relatives to perform and outperform herself at every juncture in life. Failing wasn’t an option anymore.

For youngsters under the age of 25, these are common self-image issues. For most people above 30, parenting and schooling were both very strict and competition-oriented and induced the culture of comparison of self with others. This was seen as the best way to make individuals perform better. Only in recent years, when research on parenting and child psychology has taken the world by storm, new parents and psychologists are realising how much kids get affected by the old patterns of thinking. And the number one enemy is Negative Self Talk, which sadly majority of people are unaware of.

While the new generation seems to be in safer hands, thanks to all the research, what about those over 30 or 50 – the generation of the walking wounded? They have just become better at hiding their feelings and emotions but the child in them still craves for the nourishment.

What is Self Talk?

Self-Talk is a very real and universal feature of being human. We all talk to ourselves when we are alone and even in the presence of others. It is a constant monologue going on in our heads. The most interesting feature about self talk is that we are not conscious of it.

Self Talk is anything you say to yourself in your head. “I feel ugly. She is looking better than me. He has got more money than me. May be it is my ugly dress these people are noticing. Am I looking good enough to be in this party? Why is this person doing this? Why is that woman wearing that? I don’t feel good. I am hungry. I wish I could travel to the places this couple is going to…” This is endless.

As random as these thoughts might seem, they are not. Self Talk is not a random pattern, but a very carefully designed string of thoughts that our mind programs and plays on repeat and silently habituates us to. Each of the thought represents a deep down belief of oneself, of the people around us, our worth in the world and the emotions associated with all of these.

An extension of silent inner talk is talking out loud. This is caused when a certain motor command is triggered involuntarily. Swiss psychologist Jean Piaget observed that toddlers begin to control their actions as soon as they start developing language. When approaching a hot surface, the toddler will typically say “hot, hot” out loud and move away. This kind of behaviour can continue into adulthood.

Non-human primates obviously don’t talk to themselves but have been found to control their actions by activating goals in a type of memory that is specific to the task. If the task is visual, such as matching bananas, a monkey activates a different area of the prefrontal cortex than when matching voices in an auditory task. But when humans are tested in a similar manner, they seem to activate the same areas regardless of the type of task.

Piaget says that Self Talk is very much in our control, but then there are exceptions. There are many situations in which our inner talk can become problematic. When talking to ourselves at 3am, we typically really try to stop thinking so we can go back to sleep. But telling yourself not to think only sends your mind wandering, activating all kinds of thoughts – including inner talk – in an almost random way.

This kind of mental activation is very difficult to control, but seems to be suppressed when we focus on something with a purpose. Reading a book, for example, should be able to suppress inner talk in a quite efficient way, making it a favourite activity to relax our minds before falling asleep. But researchers have found that patients suffering from anxiety or depression activate these “random” thoughts even when they are trying to perform some unrelated task. Our mental health seems to depend on both our ability to activate thoughts relevant to the current task and to suppress the irrelevant ones – mental noise.

Not surprisingly, several clinical techniques, such as mindfulness, aim to de-clutter the mind and reduce stress. When mind wandering becomes completely out of control, we enter a dreamlike state displaying incoherent and context-inappropriate talk that could be described as mental illness.

Talking Out Loud Vs Silent Talk

In a recent experiment in our laboratory at Bangor University, psychologist Alexander Kirkham demonstrated that talking out loud improves control over a task much more than silent inner speech. In the research, 28 participants got a set of written instructions and they were asked to read them either silently or out loud. Those that read them aloud showed a significantly higher concentration and performance in the tasks than those who read silently.

This proved that speaking out loud commands the auditory senses and understanding more accurately than the words spoke silently inside. The individual is more attentive to the words he listens in his own voice than what he is speaking silently inside. This can also prove the fact that when Self-Talk inside becomes negative, speaking it out loud or writing them down can bring the individual’s attention to it and the individual can take an action to change the negativity. This wouldn’t happen if the talk remained silent inside. It will only have more and more tendency to grow and take a more negative form.

Effects of Self Talk

Imagine if a radio in your house kept playing the same song over and over again or if a woman kept hurling abuses at you addressing you with your name. Would you switch channels or keep listening to them?

Our mind is just like a radio which is programmed at various channels and frequencies and only plays what we tune it to. Unlike the radio, however, it plays the same stuff over and over again till you realize there is repetition and pause it. Our minds have been programming a lot of stuff ever since we were born – our parents’ love, appreciation and criticism, and how other elders and our peers observed us.

Mind is a meaning making machine and it usually derives negative analysis from every situation because humans are hard wired to protect themselves and survive. So, even a verbal attack from another individual raises the alarm inside us and we switch to a survival mode, where we defend ourselves and also hurl abuses at the other.

Naturally, the mind extracts only such meanings from every situation and conversation that “we are being watched and we can be attacked”, so if a person takes too much interest in our lives, we are wary of them. If someone does a good deed we are still wary of them, analysing if they are trying to disguise their ill intentions and get close to us and harm us.

It is natural to panic till a point since we are wired this way, but it becomes delusional and a disease when our mind’s meanings start harming us without any ill intention of others. Negative self talk is a classic symptom of this disease.

Self Talk can either uplift you or bury you. There is no other feature of the Self Talk. If you say, I am unworthy, you set yourself for a more downward spiral of emotions and eventually make yourself more unworthy of good things in life. When you say I am bad at this and I really need to improve, it is a good self talk because you are preparing to take action and you are positive about your change. When you say I am the best, it is a positive self talk no matter how egotistical it sounds. It will definitely uplift you. But be careful not to walk around smelling like a delusional person because positivity cannot stem from false notion of self. There is assurance, gravity and belief in oneself being the best, which is different from a shallow understanding of self.

The best way to prevent negative programming is by maintaining a diary of what you are saying to yourself. This is an eye opening exercise as it seems impossible to accept how many negative things you say to yourself. Thought diary is an excellent way to keep a tab on your silent tab and change them.

Other than these, making positive affirmations and talking to oneself in the mirror by saying loving things every morning is a great way to boost your self esteem and change the programming of your mind.

Simply seeing yourself in the mirror every morning and saying “I love you” is a great way to start this exercise of making your Self Talks really positive and powerful. Try it.