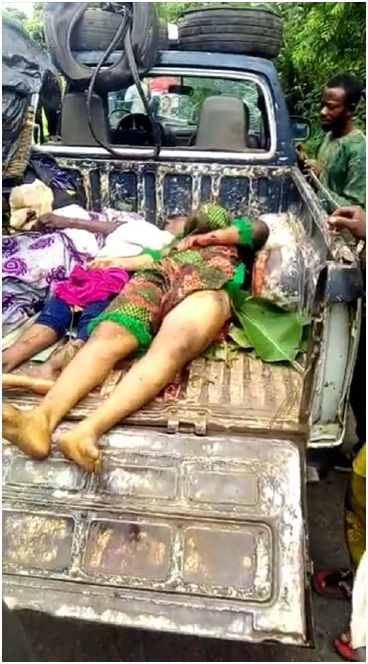 Six persons whose identities are yet to be ascertained yesterday lost their lives in a road accident that occurred at Dagio village, Ajue town in Odigbo Local Government area of Ondo State.

The accident occurred when a driver of a trailer coming from Ondo town lost control of the wheels, veered off the road and rammed into a Nissan bus  with 10 passengers.

The accident involved two vehicles ; a Howo Sino truck with Reg No Mus 321 YF and Nissan Vanette bus with Reg No: Rgb 487 XA.

Eyewitness told Hope Metro that, the Howo Sino truck coming from Ore collided with the Nissan Vanette bus while trying to dodge a pot hole

He said the corpse of the victims have been deposited at the morgue in the town.