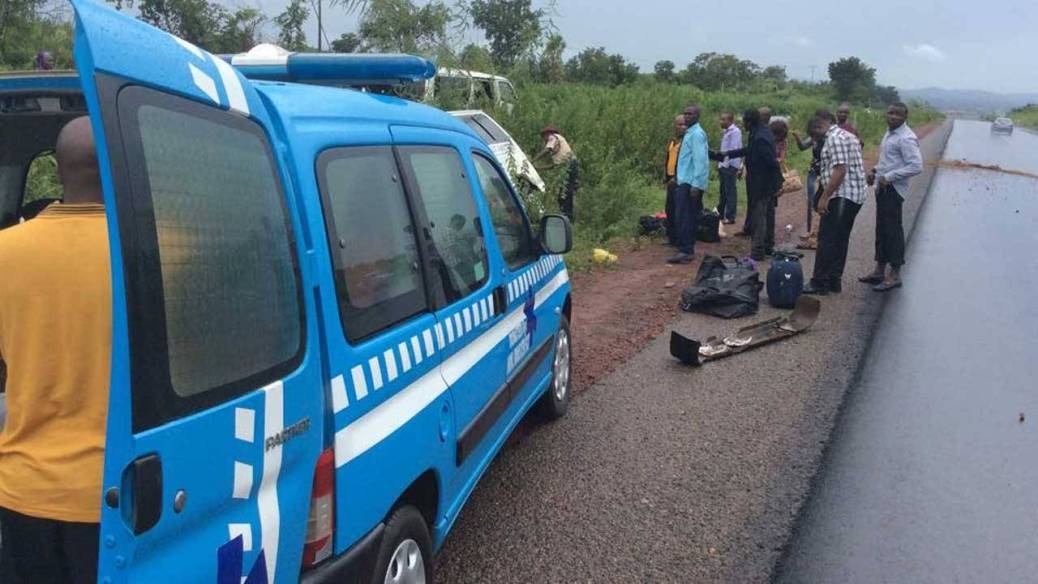 Six passengers have reportedly sustained varying degrees of injuries in a lone accident that occurred along Ife/Olode road in Osun State.

The Hope Metro gathered that no life was lost in the accident which occurred on Tuesday afternoon around 2:15pm.

It was learnt that the white Nissan Vanette bus with number plate FFA 433 XB was carrying 15 passengers comprising 13 males and two females.

Confirming the accident, Spokesperson, Federal Road Safety Corps, Osun Sector Command, Mrs Agnes Ogungbemi attributed the cause of the accident to a tyre burst as a result of over speeding.

Ogungbemi said the injured victims have been taken to a nearby hospital at Olode just as highway obstructions have also been cleared.