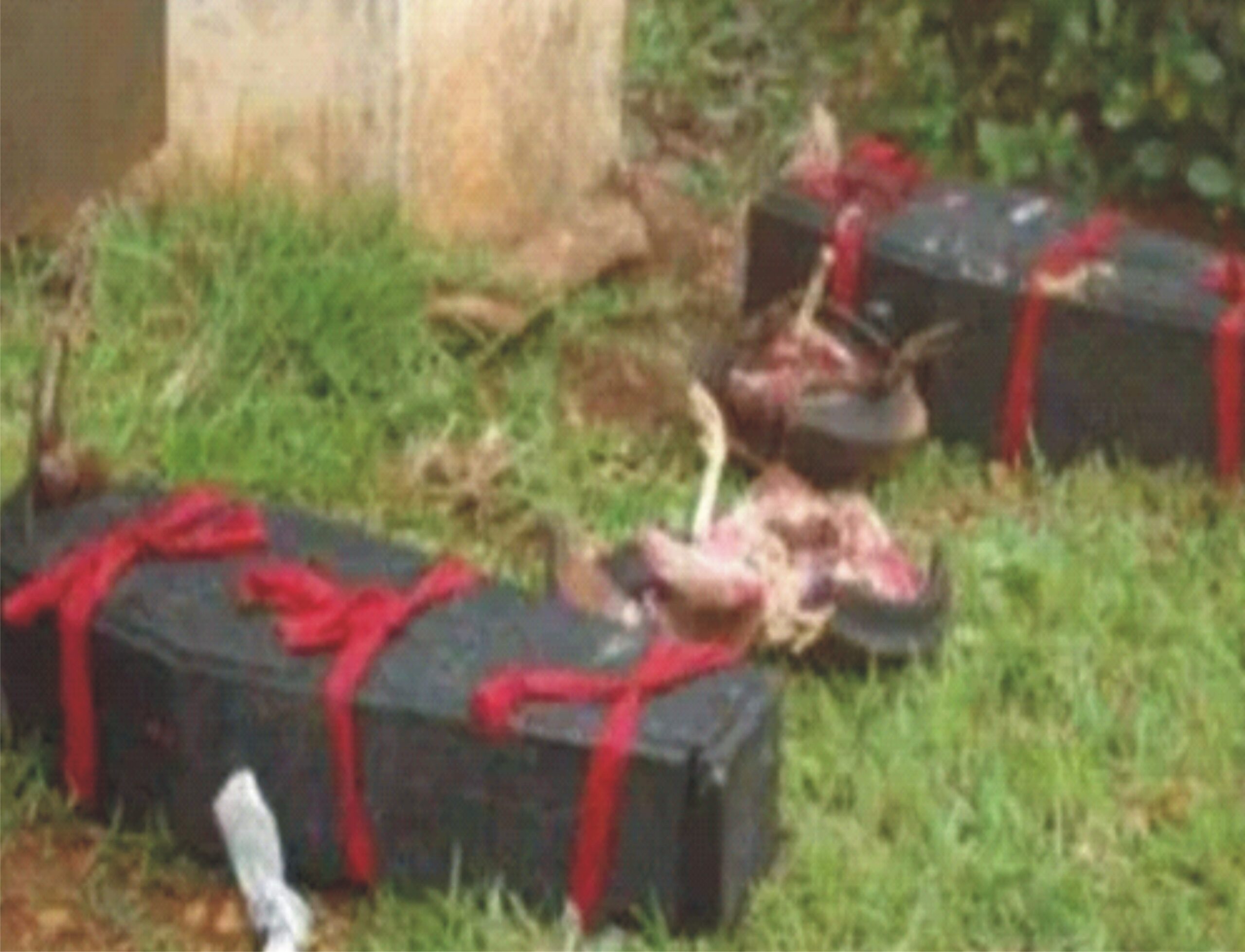 Audience at an Osogbo Magistrates’ Court were stunned on Thursday, as six young men were arraigned for allegedly using corpse for money ritual.
The accused persons are; Lukman Ogunwole, 20; Jimoh Saheed, 29; Isiaka Ogunlola, 41; Olawale Sodiq, 21; Lukman Oyeyemi, 40 and Muidini Akanji, 30.
The police had charged the men with unlawful possession of human flesh and misconduct in regard to corpses, unlawful possession of human flesh with the intention of using same for money ritual and improper or indecent interference with a dead body.
The police prosecutor, ASP Idoko John, told the court that the accused persons allegedly committed the offence on September 20, 2020 around 10:30pm at Dagbolu Oba road in Osogbo.
The offence committed was said to be contrary to and punishable under sections 516, 430 and 242(1) of the Criminal Code Cap 34 Vol.II Laws of Osun State, Nigeria, 2002.
In their responses, defence counsel, Toafeek Ibukun and Tunbosun Oladipupo prayed the court to grant their clients bail in most liberal term stating that they would stand their trials.
In his ruling, Magistrate Francis Omisade ordered the remand of the accused persons in Ilesa Correctional Centre.
The case was adjourned till September 30, 2020 for ruling on baiI.