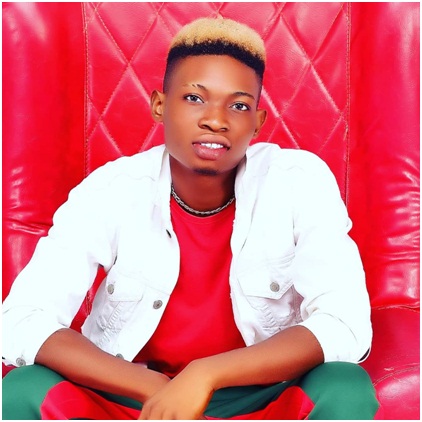 An up and coming artiste, llesanmi Ayomide, popularly called Scott Flex has said he does not belong to the category of artistes who believe they could only be inspired by smoking and drinking.

“He said some musicians believe smoking and drinking can help them to be creative and get more inspiration, but in most cases it does not work. They spend a lot on drugs, saying I want to be like someone, but they don’t know his or her source of inspiration

So artistes need to work hard with the little they have to be able to achieve greatly.

” I’m an  artiste without any support, and I decided to promote my music myself, by uploading my songs, design my artwork and print out stickers of my artwork, through all those things everything turns around for me.” He said.

” I face a lot, through discouraging and unsuccessful stage performances at times. What pains me most is my facebook fan page of about 31k followers that was hacked. That’s where I got my highest fan base.

“Most people believe we artistes, especially musicians and actors are found of being promiscuous, for me I don’t like dating multiple women.

“There are so many ways to learn how to sing and improve on your talent, the more you practice the better you get.

“There is no perfect musician, our standard of what makes a good musician is influenced by our own opinions. What we feel is a good music is dependent on what style we like to listen to or our personal musical understanding.

“Some musicians often take months, sometimes even more to compose a track, record and produce the music and once it is finished, they want to share it immediately, releasing without a plan is almost always a mistake.

“My best moment is seeing myself passing a message to the audience through my songs.

“Musicians can achieve hit number through regular promotion of music on social media handle, and also to hit numbers, artistes need to sign a record deal with popular and successful music label, but most artistes find it difficult because they don’t work on their music career as well.

“My favourite song is ‘Poly Bender’ and ‘Control’, anytime I sing these songs in any show, I’ll surely shutdown the show and people do request for the song and it always makes me feel happy all the time and sometimes it gives me the chance to stand before celebrities.