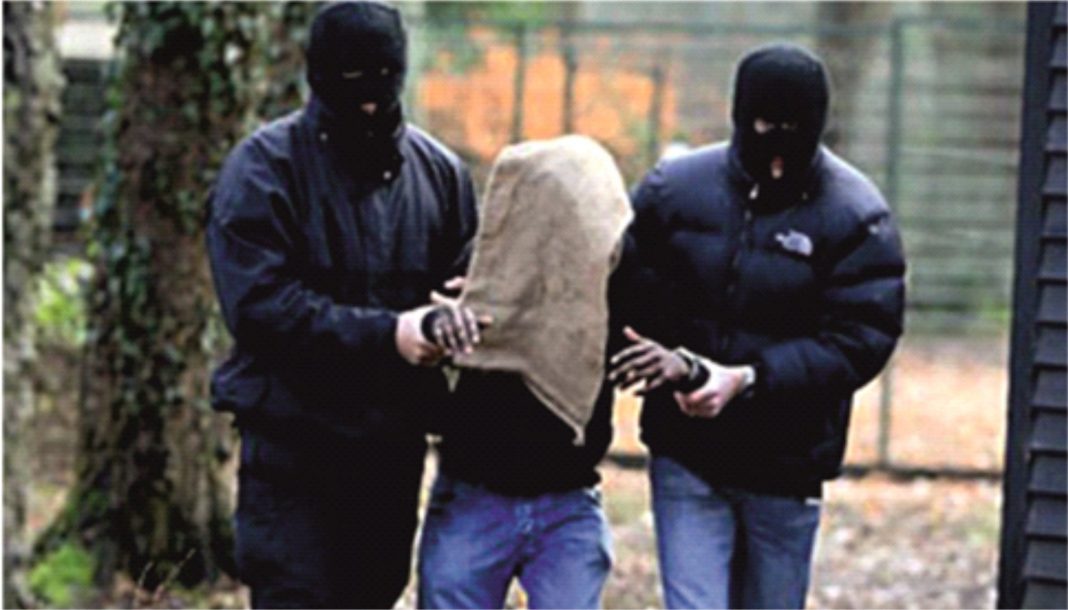 There was palpable fear among residents and motorists along Ayebode-Ekiti , Ikole Local Government Area of Ekiti State, following a kidnap attack foiled by the soldiers in the area.
The suspected kidnapers were said to have engaged the solders in a gun duel after kidnapping three commuters along the ever busy Ayobode- Ikole road.
The incident, according to multiple sources occurred around 10:00am, leading to desertion of the Ayedun-Ilasa-Ayebode highway for several hours due to fear of attack.
Those kidnapped were said to have been held at Ayedun Ekiti , a town located along the same axis, after the soldiers succeeded in botching the bandits’ kidnap attempts at Ayebode.
An eyewitness, who was also a victim revealed to journalists in Ado Ekiti that the soldiers engaged the bandits at two different locations; Ayebode and Ilasa and pursued them into the bush to ensure that their operations did not succeed.
He disclosed that three commuters coming from Ayedun -Ekiti to Ilasa were not lucky as the gunmen picked them up after escaping from the soldiers.
The victim said those who fell victims were traveling along Ayebode- Ilasa road, when the gunmen started shooting and those who escaped the scene quickly called the nearby Army post and the personnel were said to have responded swiftly.
“Two of the occupants of the vehicle that forcefully escaped were hit by bullets and sustained fractures in their legs, while their car was riddled with bullets.
“The soldiers succeeded in pursuing the kidnappers into the bush, but they could not apprehend any of them,” he narrated.
According to the victim, “The sporadic gun duel, was said to have made motorists plying that route to quickly take a detour, to prevent being enmeshed in gunfire that rented the air.
“It was sporadic shootings as the soldiers engaged the kidnappers. The soldiers acted gallantly, but the kidnappers escaped through a Secondary school in Ilasa into the bush. But another gang resurfaced between Ayedun-Ilasa road and kidnapped three persons.
“A driver carrying some passengers who wanted to escape by force, had his car shot and two persons sustained fractures in their legs.
“Many people could have been kidnapped if not for the quick intervention of the soldiers, but three were taken away.”
When contacted, the Police Public Relations Officer, Ekiti Command, ASP Sunday Abutu, confirmed the incident, saying four persons were abducted during the operation.
Abutu stated that the combined forces of the military men and the police rescued six men from the gunmen.
“The information we heard was that, four persons were abducted . But the security men responded swiftly to the situation and rescued six. We have begun investigation and we will try and ensure that the abductees are brought back safe and sound,” he said.