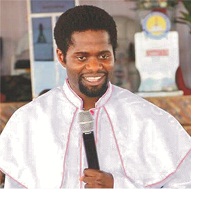 All things being equal, an Akure Magistrate Court sitting at Oke-Eda, will today hear the outcome of the investigation of the Department of State  Service (DSS) into the case of the missing  of 13 months old boy, Eninlaloluwa Kolawole Gold, from Sotitobire’s church in Akure.

At the last sitting on December 23, 2019, the court presided over by Magistrate Charity Adeyanju, had adjourned the case to enable the DSS conduct further investigations into the matter.

The court on that day, also ordered the remand of the founder of Sotitobire, Alfa Babatunde Olumoyo, and  six of his church workers in the Olokuta Correctional Service Centre over the missing of the baby, who reportedly disappeared from his church, sometimes in December last year.

Meanwhile, no fewer than 18 persons have also been remanded by the court for committing arson , malicious damage and stealing at Sotitobire Church .

It will be recalled that few weeks ago, fourteen suspects were remanded in connection with the crime.

Magistrate Charity Adeyanju, ordered that the defendants be kept at Olokuta Correctional Service Centre, pending when the prosecutor would move the motion on notice for the remand of the defendants.

She adjourned the case till January 20.