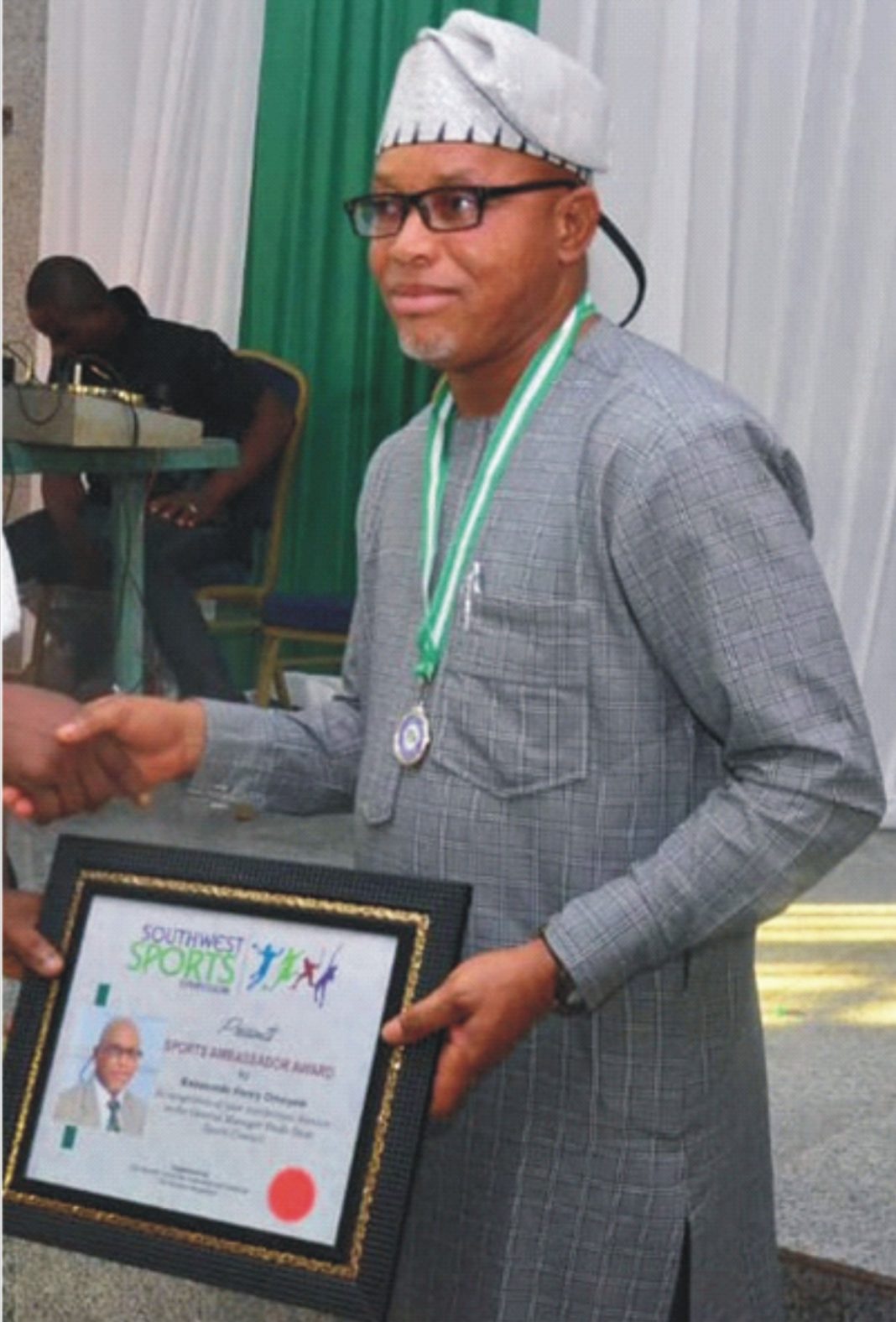 “Sports Ambassador Award will challenge me to do more for the development of sports at the grassroots”, General Manager of Ondo State Sports Council,(OSSC) Mr Henry Omoyele Babatunde has promised.
He said he was humble to be recognized with such award, saying he never knew some people were taking account of his achievements .
Babatunde said; “I commend the organizers for recognising the little we are doing to raise the bar of sports in Ondo State, the award mean, a lot to me and it will further strengthen and give me more energy to do more.”
He stated this after he was conferred with the “Sports Ambassador Award” at the South West Symposium organised by the City Movers Magazine in Akure the state capital.
His words: “I want to thank God for the honour done on me by the organisation, I’m full of joy, elated and humbled to receive the award. Let me also commend the staff of the Sports Council for their support to achieve this, it wasn’t a one man show but a collective efforts.”
He said that the private sector has important roles to play in the development of Sports at the grassroots, saying government alone can’t do it.
The General Manager stressed that government must leverage on its relationship with the private organisations with attractive incentives to enable them lend helping hands in building sporting facilities.
He said,”there is no way sports can develop without facilities to improve such area in the face of paucity of fund, government must draw these contractors near and give them a soft landing in return for their developmental assistance.”
He suggested that government can come out with the idea that all contractors be paying 0.10percent of the contract sum to an account for the development of sports.
“A lot of the contractors are ready to help us in term of facilities development ,but they are also looking for what they will benefit in return.”