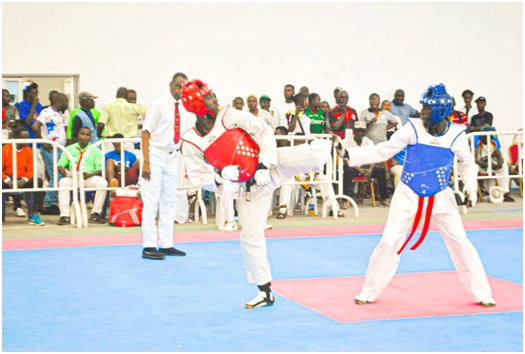 Delta state Commissioner for Information Charles Aniagwu has described host of the 21st national Sports festival, NSF as the home of sports in Nigeria.

Aniagwu who doubles as the chairman, NSF 2022 subcommittee on media and publicity, made the statement during a press briefing at Steven Keshi stadium Asaba.

The Commissioner said the host state leads, others copy and follow in the area of sports.

He disclosed that the secret behind the sporting successes recorded by the administration of governor Ifeanyi Arthur Okowa is made possible owing to the compulsory policy that Private Schools  must provide sporting facilities before they were issued with operational license .

He said one of the cardinal objectives of Governor Efanyi Okowa is human development that is why they find it worthy to invest in sports.

Aniagwu also called on the contingents from the 36 states including FCT Abuja to feel at home as Delta is the home of sports.

It could be recalled that during the 20th edition of the National Sports Festival which was held in Benin, the Capital City of Edo, Delta state emerged the overall Winners of the festival.