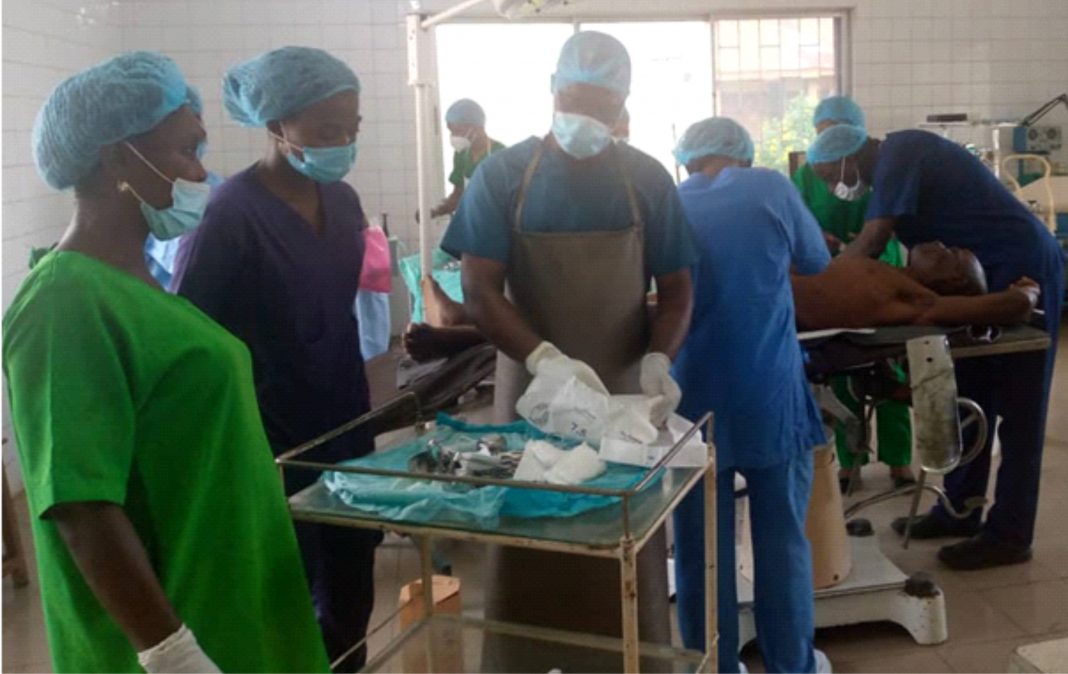 As Ondo Catholic Diocese celebrates the 70th anniversary of St Louis Catholic Hospital, Owo, the church has called on government to fulfill its promise and return missionary institutions to the missionaries.
The Catholic Bishop of Ondo Diocese, Most Rev. Dr Jude Ayodeji, Arogundade made the call while briefing newsmen in Akure, in commencement of the one week programme to celebrate the seven decades of existence of the first hospital in Ondo state.
The one-week-long anniversary, which kicked off yesterday with a Press briefing in Akure, sensitisation and free surgeries in Owo, would feature health talks, health check, thanksgiving and fundraising.
Arogundade noted that taking over of schools and other institutions established by the churches was a grave error on the part of the government as the institutions had been ruined without repair
While noting that many prominent Nigerians, including the political leaders in the country, were products of missionary schools, the Bishop said that rather than government to develop the institutions, the reverse had been the case.
Speaking on the 70th anniversary of St Louis Catholic Hospital, the Ondo Catholic Bishop said the hospital had provided quality healthcare delivery as well as the development of body and souls of the people of Ondo state and beyond.
The Proprietor of the hospital revealed that the hospital as well as other four health facilities in Ondo, Akure, Oka Akoko and Ode Irele were run by moral and ethical principles guiding healthcare delivery in the Catholic Church to care for the health, body and soul and dignity of humans, especially the less privileged.
He said the hospital and the church in general had contributed immensely to the lives of the residents of the state more than any other denomination, calling for support from all and sundry.
The Administrator of the hospital, Rev. Sister Agnes Adeluyi told The Hope that the motive behind the free surgical operation, as part of the activities lined up to commemorate the 70th anniversary of the hospital, was a way of showing gratitude to God for his provisions for the past 70 years and giving the less privileged the opportunity to rejoice
Medical personnel in charge of the free surgeries, Dr Adewuyi Adeyanju and Dr Goodluck Efedaye told The Hope that 15 cases had been handled at about 2pm yesterday with many more cases to be attended to.
They told The Hope that some of the medical cases being handled include appendicitis, hernia, glycaemia, lump removal, myomectomy and lipoma, among others.
Some beneficiaries, including a -14-year old Anthony Anuruba, 64 years old Michael Adebamowo and a Mechanical Engineer, Festus Felix, expressed heartfelt gratitude to God, the hospital and the entire Catholic church for putting smile on their faces through the gesture.
Mr Adebamowo said the operation would had cost him N100, 000 but his boy was operated on and discharged without paying a dime.
The Ondo Catholic Diocese called on philanthropists, private individuals and the government to support the hospital in order to ensure continuous quality health delivery to the people of Ondo state and beyond.
Other activities lined up for the 70th anniversary of the St Louis Catholic Hospital include free medical surgeries on Friday, health talk on Tues, November 24, free medical check on Wednesday and Thursday will feature thanksgiving and fundraising event