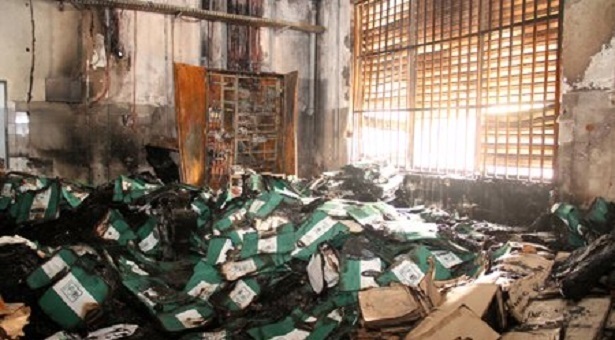 Some political stakeholders in Ondo State South Senatorial District have expressed concerns over the reoccurring attacks on the country’s electoral body, describing it as a gimmick to truncate the 2023 general elections.
Those spoke with The Hope charged the Independent National Electoral Commission,INEC, on the need to look inward in safeguarding its facilities from destruction by unscrupulous people.
The immediate past Caretaker Chairman of Okitipupa Local Government area, Prince Abayomi Adesanya, noted the destruction of the commission’s facilities and offices in the country which he said was the planned work of some political parties.
He urged security agencies to rise up to their responsibility and prepare their men ahead for the conduct of the poll.
” They are trying to give the country a bad name, but it won’t work, The 2023 elections must hold either they like it or not,” he posited.
On his part, the Ogeloyinbo of Aiyetoro Community in Ilaje Local Government area of Ondo State, Oba Micah Olaseni Ajijo, condemned the development and called on the political class to inculcate the habit of managing various challenges facing the country.
“Norms and standards are gone. There is chaos in every facet of our national life and we must stand to correct this, he said.”
Also, former Senior Special Adviser to Governor Oluwarotimi Akeredolu on Women Mobilization, Mrs Morenike Alaka said the situation which has generated palpable fear in the minds of Nigerians requires urgent attention.
Alaka, noted that free, fair and credible polls that could bring change to the present predicaments facing the nation.