Stakeholders urged to invest in education 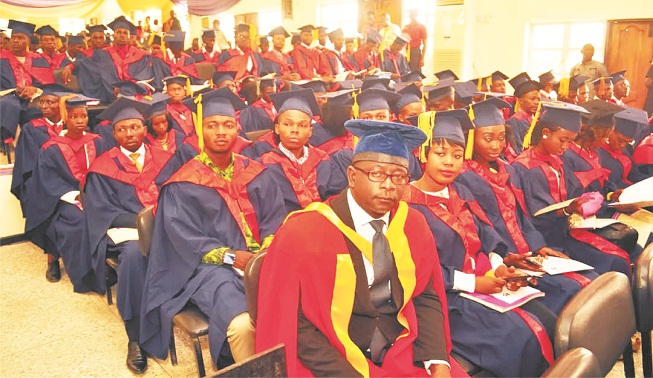 By Lola Omowaye & Bukola Olamona
|
Stakeholders in the education sector have been charged to synergise towards finding a lasting solution to the problem of funding  that has bedeviled higher institutions in Nigeria in order to make them compete favourably with other institutions all over the world.

Ajibefun said the government cannot fund education alone and that, there is the need for every stakeholder to be involved because the development of the society is highly dependent on the university system.

He called on the government to do the needful so that persistent industrial actions in higher institutions across Nigeria could be reduced to the barest minimum, so that the university system would continue to deliver on its mandate of training students and  research.

The don said the issue of strike has made parents relocate their children and wards to neighboring countries like Ghana and Cote d’Ivoire, which he described as sad.

According to him global competition is important as universities, any university that is unable to compete within the next 10 years will frizzle out of the system.

Speaking on students’ welfare, Ajibefun said the AAUA has continued to give prime attention to students’ training, mentorship and welfare.

He said “Following the increment in school fees early this session, the university set up the Students’ Support Centre to handle and manage scholarships and financial support to different categories of students, including gifted, indigent and physically challenged students.

‘Under the arrangement, the university pays fifty percent of the school fees of all physically challenged students in the university while best students in every Department with CGPA in the first class range would get scholarship at the end of the academic session”.

He said loans of about one third of school fees are also made available to indigent students who cannot pay their school fees and are made to pay back without any interest.

The Vice Chancellor stated that indigent students are allowed to partake in jobs under the Student Work Scheme for at least two hours a day, doing it during their free periods.