State Police as elixir to insecurity 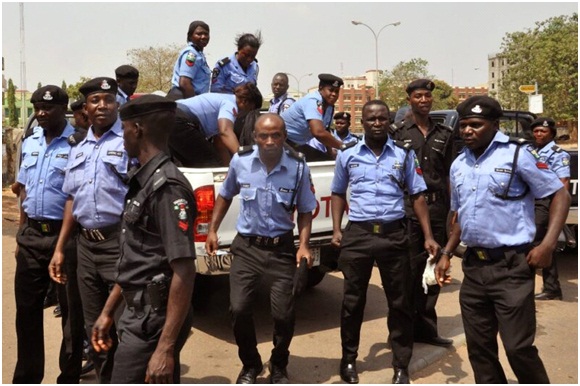 It is not unexpected that President Muhammadu Buhari would raise pertinent constitutional issue on the  necessity for state police otherwise known as community policing.

A security architectural arrangement by states or regions to combat headlong and put paid to recurring and intractable upsurge of violent herders’ attacks, ritual killings, murders, banditry and insecurity across the country.

What is expected at  this dire and inauspicious situation from Mr. President  is to be  proactive in re-organising  the vital tools of good governance engendered in a democracy   to facilitate  creation of state police  even in ad-hoc basis in the six (6) geo-political zones  currently in operation in  Nigeria,

This can serve as a pilot scheme to be test run and later to be successfully deployed and run its full course at the state level.

Common sense dictates that an individual let alone the entire people within a territory, the state, a geo-political zone threatened by upsurge of faceless and ubiquitous herdsmen attacks, ritual killing and banditry incapacitated  to defend themselves and their territory as the case may be.

What is worse, the government is equally rendered  ineffective and weak by sheer indecision, top-heaviness and  dearth of courageous unselfish personnel with right ideological orientation to operate and run true federalism as the only modus operandi  from the obtuse purblind administrations foisted on the nation over the years.

It is now too late in the day and a rude shock for President Buhari to dismiss the relevance of state police and charged our traditional or natural rulers to be more involved in  safeguarding their domains knowing  fully well that some monarchs are neither morally nor spiritually invulnerable   to ward off the menace of security threats let alone providing security cover within their domains.

The  kidnappers and bandits demand outrageous ransom, violate the inner sanctum of their victims and deplete their ranks with impunity.

President Buhari should not be oblivious of the hapless and precarious situation of our monarchs and deeply appreciate the tremendous successful outing of the Western Nigerian Security  Network codenamed “Amotekun.” Not minding the initial paranoid and envious disposition of a vicious cabal  lurking  within presidency to scuttle the innocuous regional security outfit designed first and foremost to complement and bolster the waning efforts  of Nigeria Police often overstretched to its limit.

Thanks for the statesmanship of Mr. President who waded in and allowed reason to prevail.

Now Amotekun has come to stay and is performing effectively in securing  the southwest with particular attention  and sharp focus to Ondo State that  enjoys relative peace now.

Irresistibly, I urge President Buhari led Federal Government to take decisive measure and stave off  the  country from the brink of collapse and disintegration due  to the unrelenting criminal activities of bandits and terrorists having taken over the rein of governance by default.

Federal Government should set up with immediate effect necessary machinery in synergy with the National Assembly  and other stakeholders to wit promulgate the existing  six(6) geo-political zones as federating units in the country.

This will certainly ensure effective and efficient service delivery and stabilize democracy on sure footing.

On the proviso, the principle of true federation, revenue allocation, state police known as regionalization of the police demand on creation of more states  on emphasis on geographical contiguity and viability that assist the cause of participatory democracy are respected.

As a nation, we are liberty bound to sit down and  redraw the political map of the country  to reflect the administrative structures conducive for good government with minimum overhead cost.

It is mere platitude to say and insist that state governors will abuse  state police. Is Federal Government free of the similar charge? Any one that lives in glass house should not throw stones!

However, Nigeria Police and the state police, even the local government police must be completely above party politics. If they are to perform their   statutory duties efficiently.

Police men and women all over the world  are employed  by the tax payers. Fund to keep the public peace and mainly to ensure that security of the state is intact.

By virtue of their training  and responsibility, police are forbidden from showing interest in partisan politics. Their tenure of office or promotion prospect is not determined by politicians who come  into and go our of office. Indeed, their loyalty begins  and ends with the state on whom they owe allegiance.

It is plain mischief making and  by insinuations  and innuendoes to arrogate role  of police to over revered monarchs. This is in contrast to their dignified role  as  true custodians and repositories of people’s cultural heritage eminently conferred on them by birth.

The Queen of England  is an exemplary symbol of monarch which should  be emulated by the people of Nigeria. The Queen is never known to practice or indulge  in any form of barbaric, venal and self serving politics save for the formal opening, proroguing of the parliament and other state functions that enhance the social prestige, kudos and etiquette of the Britons.

To save the institution of monarchy (Obaship) from being blown into inevitable extinction  due to its anachronism, there is  urgent need to  learn fast  how British monarch thrives in juxtaposition with political intrigues.

In addition, education is sine-qua-non to and engine of fundamental  growth, national planning and development of any serious nation. Unfortunately, only a negligible fractional percentage in the national  budget is niggardly  allocated to this essential sector. It is a far cry from what UNESCO advisedly enjoins developing countries, Nigeria inclusive, to commit at least 25 percent national budget to their critical and neglected sector of the economy.

Federal Government should brace up and declare free education at all levels to invest solidly in mass education  and provision of enabling environment conducive for various job opportunities to excel . This will curb youth restiveness which is  the nursery bed of insecurity wanting to swallow the  country in one fell swoop.

Dr. Nelson  Mandela, first elected black president of South Africa said, “Education is a powerful weapon or tool with  which  you can  change and transform the world.” Our national leadership and political aspirants genuinely desire to serve should pounder on what  Mandela said and practiced on education to have a positive change of heart  to transform the country.

Nigeria is ripe for a new constitution or at best for now constitutional amendment to allow the state police which will only be answerable to the people and the state.