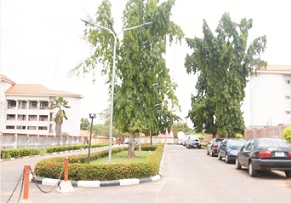 By Adekola Afolabi
|
The Association of Community Pharmacists of Nigeria (ACPN), has commended Ondo State government for its various efforts put in place to curtail the spread of the Coronavirus in the state.

National Chairman,  ACPN, Dr Sam Adekola, gave the commendation yesterday, while responding to various precautionary measures the  government is putting in place to contain the deadly virus in the state.

The Ondo State Executive Council at its meeting on Monday  had directed all Civil Servants from Grade Levels 01-12, to stay at home for now except those on essential duties as may be determined by their respective Accounting Officers and Chief Executives.

Government also placed total ban on all political, social and religious gatherings in the state for 14 days in the first instance.

According to government, gatherings at clubs, beer parlours and joints are prohibited until further notice.

A statement by the state Commissioner for Information and Orientation, Donald Ojogo, at the end of the EXCO meeting,  said “ as a responsive Government with a strong resolve to stem the influx of an undeterminable number of persons in their hundreds into the state especially from unverifiable areas, the state Government has already directed the Commisioner of Police and heads of other security agencies to enforce all regulations in respect of crowd control as spelt out by the  government.

noted that the on-going efforts of the government and other stakeholders must be complemented by all.

According to him, the current outbreak of the  ‘Killer Virus’ requires the efforts of all and sundry for the battle to be won.

“It is a good decision in the right direction because the spread of COVID-19 in Nigeria is getting very fast and whatever we can do to reduce social contacts to contain the virus would be very  appreciated.

“Already, in the western world, that are economically stable than us, they have declared total holiday for staff. So, for Ondo State government to order staff to stay at home and restrict social contacts is commendable.

“The development also showed that government is ready to prevent the Coronavirus epidemic which is already in the country. It is a social thing and all hands must be on deck to contain it.

“Yes, this will affect the economy of the state in term of productivity, but here we are,  talking of safety of lives of the people. So, every decision taken so far by government should be applauded. If Nigeria had done this before now we would not have gotten the number of infected persons in the country.

“We can always encourage government to do more by way of fortifying the health sector, the first responder.

Government must bring together all the people and  provide essential services to them, starting from the hospital to their community, and provide them lifeline,” he explained.