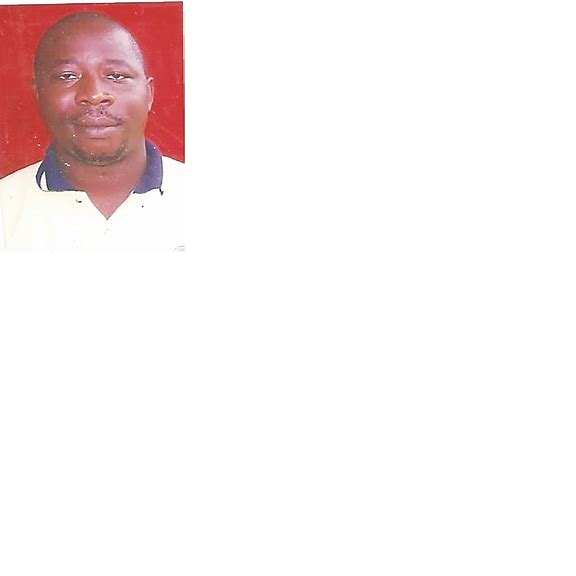 The world has just celebrated the actual builders of the nations, nationals and the world over. The day was probably chosen and adopted with the realization that the downturn and or development of the nation rests on the shoulders of the teachers. While many had hyped the importance of science and technology in the development of nations, researches had shown that the social sciences, and humanities also play a huge role in ensuring that developments and innovations have the human face. Also, the psychological dispositions of inventors and executors of such inventions is a paramount factor in determining the relevance of such inventions and its impact on humanity. Until teachers educate the coming generations on how to effectively utilize such inventions, they become moribund, useless and also help in destroying the ecosystem.

It is unfortunate that teachers at all levels in Nigeria are treated like rags, and perceived as lazy bones who add no value to the nation. They are paid paltry sums as salaries, and even that are often unpaid by heartless ‘Boko Haram’ Governors. In feigned economic crunch, government are quick to owe Teachers more than six months salaries, forgetting that they have families to cater for, and also have health to maintain in order to educate the nationals and mould them into indispensable nation builders. When old and retired, they are neglected, pensions unpaid and many weep to their graves with unpaid siphoned gratuities. Unfortunately for them too, their profession does not give them the allowance to steal public funds, so they are the least corrupt group of workers in the political system. But despite their sacrifices, they are treated like pests, oppressed without anyone to fight their cause(s). It is therefore no news that over the years, the commitment and sacrifices of Teachers have waned, and the nation currently suffers from it.

The partly resolved ASUU imbroglio goes a long way to reveal the animosity of people in power towards education. The Boko haramic forces had cared less that the Universities had been under lock and key for up to nine months. That period coincides with the expected time of carrying a pregnancy and delivering a child to the world. In other words, it represents a period of creation and productivity. Within that period, inventions that could deliver many people from disasters would have been created. And new knowledge that would have sounded the death knell of past inventions would have surfaced.

Many ‘innovations’ that resuming lecturers would now teach their student shave already become obsolete in nations where tertiary education is valued. Many students could have lost opportunities of a life time, while many of the lecturers would never return to the classrooms in Nigeria. Brain drain would have seen to the exodus of vibrant tutors and researchers; while the few who remain would, having eaten the forbidden fruit, discovered better money-making ventures as side hustles. Thus, commitment to work on return would have waned, and thus their new academic products would not be robust and endowed as their previous proteges. Thus, the nation suffers as mediocre, and unbaked products begin to offer their services to humanity.

The maltreatment of ASUU members by the present government and the neglect of tertiary institutions by many State Governments is a well laid plan by the ruling class to destroy the past, present and future glories of this nation. The assassination of public institutions to give way for private schools is the creation of future disasters in this nation. It takes the educated mind to see that commercialized education is the beginning of the end of any nation in the world. Soon, like the Roman Empire, Nigeria may cease to exist.

However, there are many, who though not in position of power, have appreciated the impact of good education in their lives. Many of these have sought for ways to give back to the system that moulded them. Therefore, we see many giving back mostly to their former secondary schools than any other institutions that had moulded them. Few if any, contributions have been made to primary schools and tertiary by past students. Mostly Alumni associations in the Universities are manned by people who are more interested in embezzling Alumni funds, getting contracts, and admissions for their wards, than attracting development to the Ivory Tower that gave them universal knowledge. Unfortunately, too, Government at all level have abandoned infrastructural development to the alumni of secondary schools. So, when the old students are not able to locate themselves and unite for the ‘resurrection’ of their schools, it becomes an eyesore and a breeding ground for rodents, and erring students.

Given the state of neglect of the education sector, yours truly was pleasantly surprised over the weekend. With many former teachers, the 98/04 alumni set of Mayflower School Ikenne, decided to remember the teachers who contributed to their emergence as giants in different sectors in the world. More than thirty former thirty teachers, of which yours truly was one, were invited and honoured with plaques and financial rewards. It was a nostalgic feeling to see those with whom I had worked nineteen years ago.

Most of the students had to introduce themselves to us, because they had metamorphosed into adults, with their features transformed beyond recognition. With the wife of the Governor of Ogun State in attendance, the event was so colorful and brought tears to the eyes of many. As students recounted their experiences in the hands of ‘wicked’ teachers, they were glad to note that the discipline then had in no small way contributed to their huge successes in life and callings. In the spirit of appreciation, there were hugs and forgiveness, and the former teachers had glints in their eyes, as tears rolled freely.

For me, it was a great reunion, with former colleagues and of course my former students. Within their limited resources, these students thought it wise and good, to remember and honour those who instilled in them the discipline and foundational philosophy that made them great in life. The prayers of the honoured teachers to these former students were heartfelt and sincere.

Unfortunately, some of the honoured had died, and some could be seen in need of health assistance. While we commend these students, it is high time government created a health scheme for her workers in and out of service. For those of us present at the occasion, the honour we received from our appreciative former students, were of greater value than the national honours bestowed by the President on deserving Nigerians. These former students have shown that alumni of different citadels of learning should not restrict their hands of fellowship to the school, in the provision of infrastructures, but also remember those who have made sacrifices in ensuring that they become greater personalities in life.

Teachers at all levels are self-sacrificing individuals, as they courageously teach the students what parents could not even dare to teach. Beyond the scheme of work, skills and good behavioural attitudes are instilled into the coming generation, for the benefit of the nation. From the testimonies of these former students, a word, a rebuke, a correction and encouragement from their teachers at one time or the other had gone a long way in resetting their brains, focus and decisions in life, then and now.

Many of them explained how their teachers, outside the subjects taught, had in every way snatched them from the paths of death, and pushed them through the path of life. One interesting experience for me was a call received by a former university student of mine, a day before the awards. She was ecstatic in appreciating my hard stance in insisting that only the best was expected of her. Then, she made a teary face of me by telling me that coincidentally, I tutored her in the university, and just got to know that I also moulded her husband in the secondary school, and the whole family is grateful. Who says teachers should not get the best pay in this country?