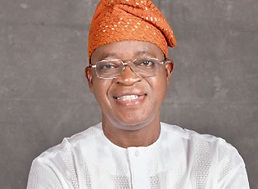 Accredited Health Care Providers (HCPs) under Osun State Health Insurance Scheme have been warned against extorting unauthorized fees from enrollees.
The Executive Secretary of the State Health Insurance Agency ( OSHIA), Dr Niyi Oginni gave the warning during his impromptu visit to one of the scheme accredited health care providers in Ile-Ife, whose reports of sharp practices had reached the Agency Headquarters.
Oginni alleged that verified reports reaching the Agency indicated that the hospital was guilty of collecting unauthorised money from OHIS patients, apart from 10 percent charged on drugs, treating them as second Class citizens, instead of Kings & Queens.
The OHIS boss, therefore, directed the Hospital Management to ensure that nothing of such happen again, warning that no health provider that runs foul of the engagement rules will be speared, adding, “after two warnings erring HCP will be permanently delisted from the Scheme.”
Meanwhile, the Executive Secretary and his team inspected two other facilities, Shield Medical Consult and Seventh Day Adventist Hospital both in Ile-Ife, for screening accreditation.
The two health care providers had earlier obtained application forms seeking accreditation for partaking in the scheme.
After a brief meeting with the Chief Medical Director of each hospital, the team was conducted round the premises to ascertain their capabilities.
At the end of the exercise, the Chief Medical Directors of Seventh Day Adventist Hospital and Shield Medical Consult, Dr. Dayo Olosunde and Dr. Ifeoluwa Adesina respectively signed the screening forms of each accessor. Dr.Oginni thereafter promised that the final result to know whether the two facilities will come on board will be released very soon.