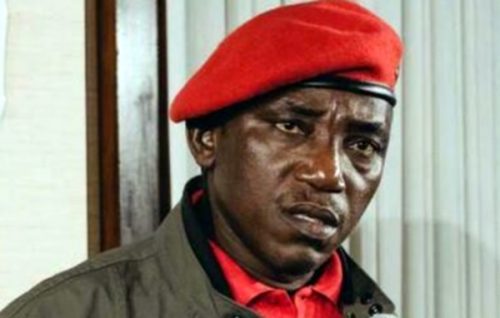 The Minister of Youths and Sports Development, Solomon Dalung, on Tuesday in Abuja warned national sports federations that the days of incurring the wrath of international sports bodies are over.

Dalung sounded the warning while receiving the report of the Ministerial Investigative Committee on Doping Allegations, saying the Youths and Sports Development Ministry would no longer condone such an act.

The minister said the federal government, as the major financier of sports in the country, would no longer take the back seat in matters concerning sports administration and management.

“Sports federations should desist from provoking international sports bodies into issuing threats of sanctions on Nigeria in the name of violation of their statutes when there are issues to be addressed.

“Government cannot be a spectator in its own show. Every year, government commits billions of Naira to sports development.

“It is a known fact that government finances 85 to 90 per cent of sports activities in Nigeria.

“Since this is the case, government will continue to intervene in issues of sports management and administration when the need arises,” Dalung said.

The News Agency of Nigeria reports that the minister had on March 27 inaugurated a Ministerial Investigative Committee to look into allegations of doping and cover-up.

The allegations were about happenings within the Athletics Federation of Nigeria’s  and revolving around Olamide George, the federation’s Vice-President, and an athlete, Sade Abugan.

NAN reports that George was subsequently suspended from all athletics-related activities pending completion of investigation into allegations of drugs violation levelled against him.

This had been as a result of a petition to athletics world body IAAF and the World Anti-Doping Agency  by Tafida Gadzama, a member of the AFN board.

Gadzama alleged that the doping violations took place during the 2010 Commonwealth Games at New Delhi in India.

Dalung, after receiving the report, thanked the committee for a rigorous and thorough job in spite of the tight schedule of its members.

He, however, stated that the committee’s work would not have been necessary if the previous administration in the Ministry had taken necessary and decisive action on the matter.

“I recall that a committee was initially set up after the allegations were made. However, its report was inadequate and didn’t address the main issue, which is the involvement of the AFN vice-president.

“There was a petition alleging state cover-up, which means an alleged involvement of Nigeria in doping and this could lead to severe sanctions by international bodies.

“This led to my insistence on constituting the committee made up of reputable and trusted Nigerians on matters such as this,’’ the minister said.

Dalung assured the committee that its recommendations would be adequately reviewed and accordingly implemented.

He also assured that the committee’s recommendations and aspects of its implementation would be transmitted to relevant international sports bodies to show Nigeria’s commitment to transparency in sports.

While presenting the report to the minister, Pius Oteh, the committee chairman, said the committee took its time to draw relevant and fact-based conclusions, as well as make far-reaching recommendations.

“We have reviewed the existing structure for the management of doping issues in Nigerian sports, particularly athletics.

“We have reappraised the need to promote greater internal disciplinary mechanisms within the sports federations.

“We have also made observations concerning what appeared to us to be disturbing developments within the fold of the AFN board, among other issues.

“We commend the minister and the Permanent Secretary for the objective and transparent manner in which they encouraged the committee to do its work.

“I recall that the minister mentioned during our inauguration that his interest was not to prosecute or intimidate persons, but to ensure that appropriate facts were disclosed and justice done to all parties.

“This was the experience of the committee members all through the duration of the assignment.

“We reached our conclusions on the basis of the facts before us, with a clear conscience and towards the growth of sports in Nigeria,’’ Oteh said.