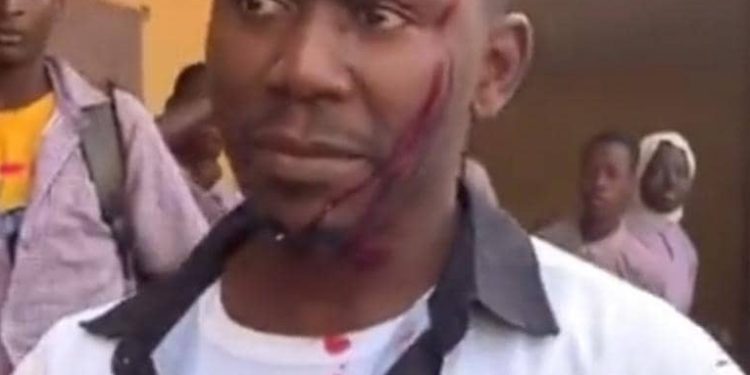 Some yet-to-be identified students in Osun state have allegedly assaulted a corps members posted to a secondary school.

According to eye witnesses, the attack was allegedly carried out with a knife, as the attack left the corps member with a cut on his head.

In a video shared online, blood is seen running down the corps member’s face and staining his shirt, although the name of the Secondary school was not mentioned in the viral video.

“We won’t take this,” voices are heard saying in the background as they condemn the attack on the corper.