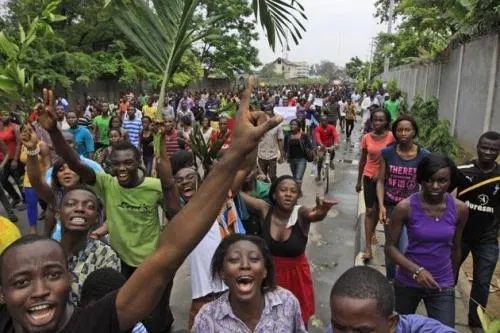 Students’ unionism has been described as an incubator for progressive politicians and virile administrators.
President of Obafemi Awolowo University Ile-ife’s Alumni, Wale Olaleye disclosed this during the biennial OAU global Alumni convention.
He said some strong politicians and human rights activists were products or members of students’ union executives during their times as students on various campuses.
Olaleye stated that unionism had reshaped the political career of many politicians in Nigeria, including Governors Rotimi Akeredolu, Kayode Fayemi and Senators Babafemi Ojudu, Opeyemi Bamidele, Femi Falana among others.
Recounting the alumni body’s effort to revive students at the Obafemi Awolowo University after years of proscription by the present University management, Olaleye assured that after engagement with the authorities of the institution, the union would be resuscitated.
Olaleye, who emerged as a global president of the association on Saturday revealed that the Alumni body of the University has pledged to support the indigent students and the less privileged within the university community.
This according to him was in line with the association’s resolve to support their Alma mater against adequate funding of university education and complement the government’s subventions.
“We will introduce an Alumni subscription fee to support the indigent students and the less privileged within the university community”, Olaleye emphasised.
He further stated that the association would not relent in its quest for the university to attain a status of world-class citadel of learning.
While speaking, the Vice-chancellor, Professor Ogunbodede, stressed that tertiary institutions must step out of their confines and position themselves to be part of the solutions to societal challenges through innovation and research.
He encouraged academics and the alumni body to leverage local talents and scale up their activities to build better society through a knowledge-based approach.