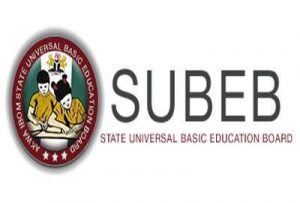 Odu who said the warning is both an appeal and directive said the contractors should do the job according to  specifications.

“This time around, we do not want outsiders to complain about your jobs, we want you to do it right. Nobody is allowed to start the foundation work with old materials, new materials should be used, so that the work will come out good, follow the procedure given to you, so that we can have a symbiotic relationship.

“Give us good jobs, so that history will judge us right, do it as if your children and relations will be attending the schools. This is not to restrict you, but because of our experience in the past’,’ she said.

Odu also disclosed that the project to be executed  worth N5billion  and no fewer than 300 contractors will be benefiting from this project  which covers schools construction, school renovation, provision of furniture, computers, bore holes, sports equipment and many others.

Earlier, the Permanent Secretary of the Board, Mrs Olufunmilayo Oni thanked the state Governor, Arakunrin Oluwarotimi Akeredolu for ensuring that primary education in the state takes the front burner for two years on as  he has been releasing the funds needed to execute the projects.

She disclosed that the contractors had received their letter since the previous week and also charged them  that all rules must be followed.

Some of the contractors who spoke with The Hope promised to do their job as expected.

A Contractor, Mr Michael Ajo said when contractor is given a job, should do it to specification, as the project is for the populace, adding that if they do it well, they will be proud to say they were the one who did it.

Also, Mr Titus Nweke said all the contractor are from this state, hence the need to do it right.

“We are from this state and also lovers of this state, so I believe the contractors will comply with the rules and do what the specifications are”, he added.