by The Editor
in Agric Tips
0 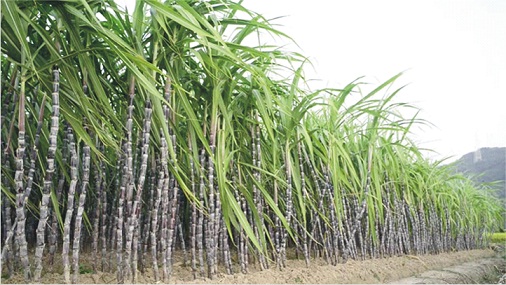 Sugarcane is grown in various kinds of soils, such as red volcanic soils and alluvial soils of rivers. The ideal soil is a mixture of sand, silt, and clay particles, with a measure of organic material.

The land is plowed and left to weather for a time before subsoiling (stirring up the subsoil) is carried out. The crop demands a well-drained soil, and drains—on the surface, underground, or both—are provided according to the topographic conditions of the fields.

To attain good yields, sugarcane requires 2,000 to 2,300 mm (80 to 90 inches) of water during the growing period. When precipitation is deficient, irrigation, either by spraying or by applying water in furrows, can make up for the deficiency.

Fertilizers are applied to sugarcane from the beginning of planting through the whole growth cycle but not during the ripening period.

To secure a good crop, weeds in the cane fields must be attacked until the cane stools develop a good canopy, which checks weed growth.

Weeding, still largely manual, is done with a hoe while Chemical herbicides are widely used.

The mature cane is harvested by both manual and mechanical means. Some mechanical harvesters are able to sever and discard the tops of erect crops and cut cane stalks.

Sugarcane is attacked and damaged by various insect pests that bore into and feed on the different parts of the plant.

Control measures include biological control by parasites or predators, chemical control by insecticides, and the introduction of resistant cane varieties.

The first task of breeding is to obtain new cane seeds by sexually crossing selected parent varieties and then to select seedlings from the new seeds.

The crossing is effected by enclosing in a cloth lantern two flower tassels from two different cane varieties selected as a male and a female parent.

The commercially superior varieties are not necessarily ideal parents. Many of the best varieties were bred from parents unsuitable for commercial use.

Fuel subsidy: Who is deceiving Nigerians?