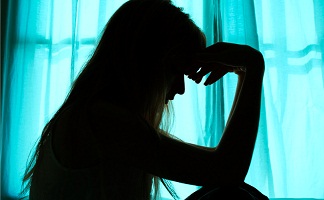 From Fisayo Akinduro, Osogbo
|
Schools have been charged to create an enabling environment for constant communication between students and the management in order to reduce the possibility of degenerating trauma which leads to suicide.

A professor of Psychiatry at the Lagos State University Teaching Hospital, LUTH, Prof. Abiodun Adewuya disclosed this during a symposium at the Redeemers’ University in Ede.

While speaking on the theme of the lecture  titled: “Working Together To Prevent Suicide In The University Community”, he stressed that school managements could also help in reducing the menace by creating a veritable platform for interactions between the school authorities and students .

Adewuya explained that several psychological factors have been identified as causes of suicide act amongst adolescents,  adding that effective communication between them and their loved ones could reduce the rate of suicide in the society.

He disclosed that about 804,000 people in the world  take their lives annually,  while the rate of suicide in Nigeria is 100,000 every year. He said among these numbers, youths are most affected.

He however enjoined the Federal Government to come up with legislation and policy that would prohibit the sales of certain pesticides that ordinarily aid suicide.

“You can dissuade your students, children from depression by creating an active communication channel between you and them.

“Not everybody will want to go to the vice chancellor’s office or any labelled office because of being ashamed to speak on their personal lives to strangers.

“Constant calls or chats could go a long way to douse tension in young people and move them to speak out.

According to him, this will indeed reduces the menace of suicide among young people,  especially students of higher institutions of learning..