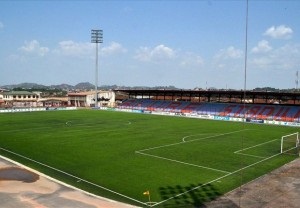 By Olaoluwa Omolafe
|
The Otunba Dele Ajayi under 15 summer football competition  is living to the expectations of empowering, engaging and taking the youths off the social vices during the long holiday as youths across the state make the weekend football competition at  Ijapo football arena the meeting point to jolly and merry together with school mates.

The economic activities around the area blossom as different participating teams and spectators were patronizing the sellers around the sporting arena .

One of the snacks and pure water sellers around the venue who spoke with Sporting Hope on condition of anonymity said the competition has really boost their sales, adding that she had made unexpected sales since the commencement of the competition.

According to her, “I record sales above what I sold in a normal day, likewise others. I thank the organisers of this competition for helping us to increase our sales during this holiday.

“Normally, holiday is always dry for us as most of the students might have traveled, all thanks to God and the organisers of the football competition.

“She adds; “Before the end of this competition, with this increase in sales, I won’t have much difficulties in paying my kids school fees, how I wish the competition still continue till  December”, she said.

Five matches were decided at the Ijapo Housing field, Winners FC lost to Young Stars 0-1 in the opening match of the day two encounter.

Matches continue on this  Saturday, August 31 2019 at the same venue.