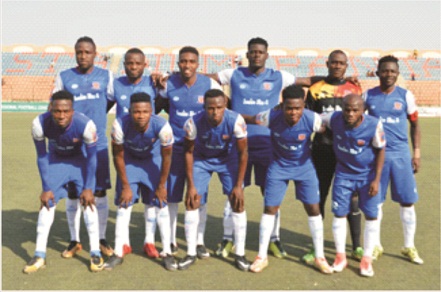 By Femi Atolagbe
|
Sunshine Stars players have been asked to step up their game as the first stanza of the 2018/19 Nigerian Professional League nears  conclusion.

Club Director, Prince Babatunde Ogunja, who addressed the team in reaction to the friendlies played against Shooting Stars FC, Gateway United FC and  Crown FC respectively. He challenged the players to start giving their best to help the Club achieve its set goals in the campaign.

The former international stated: “Like I observed after the defeat to Crown in Ogbomoso, I am not pleased with some of you as a result of low productivity; you are not performing to expectations, and you need to buck up.

“In the long run decision will be made, but I hope you work harder and improve on your game now so we can consolidate and achieve our collective objectives for the season.”_

Sunshine Stars who currently occupied the third position of the Abridged 2018/19 NPFL (Group A).