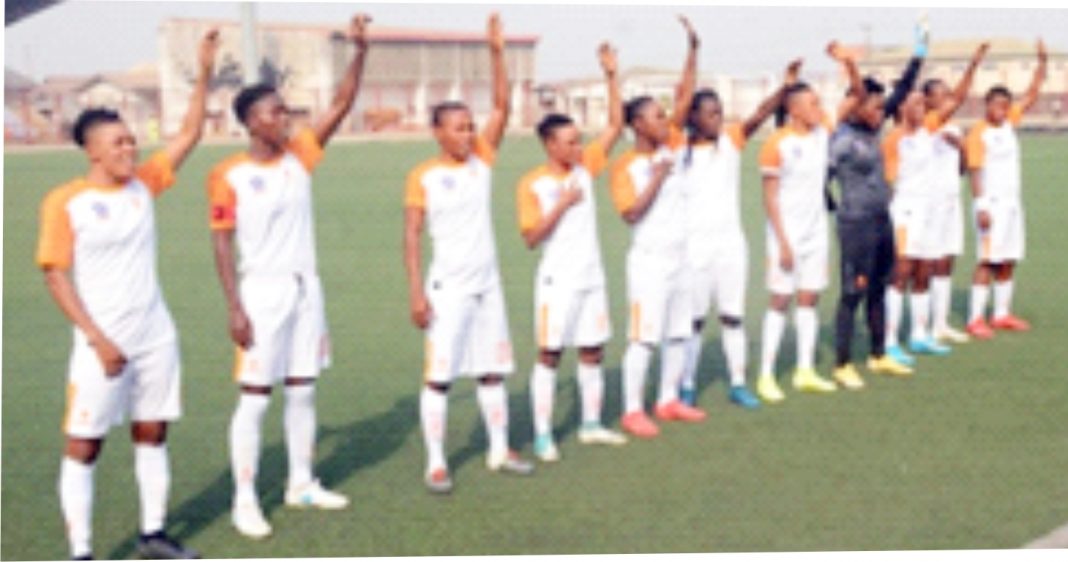 Ibe Nmesoma drew the first blood for the visitors from a lose ball 12 minutes into the encounter. Before then the Akure landladies had gone close with Ogba Mang Aluba’s well-struck free kick in the seventh minute.

Sunshine Queens picked up the intensity after going down, but were frustrated by Angels’ goalkeeper antics.

The Akure landladies continued their quest for a leveller at the restart  and saw a certain goal agonizingly saved by the goalkeeper at the stroke of the hour mark, before a sitter was skied moment later.

Aluko restored parity for the Tayo Onilude’s tinkered side by guiding home from a teasing low cross in the 65th minute.

Onilude introduced Taiwo Ajibade ,Biyi Folajomi and Odunbanjo Dominance in search of a winner, but Abia Angels were unyielding despite a late onslaught as the game ended one goal apiece.