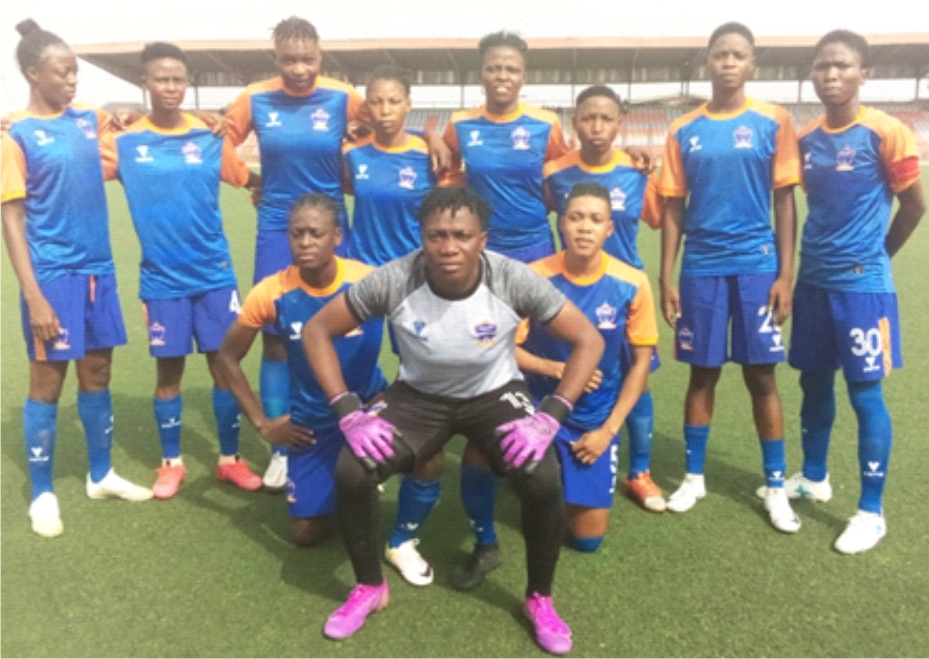 It was a frustrating Matchday 11 for Sunshine Queens in the Nigeria Women Football League as Delta Queens ran away with all points at the Ondo State Sports complex, Akure.

Sunshine Queens rued several disputed calls that saw their work cut out in the regrettable defeat, with safety really now at stake.

The home team dominated the encounter until they conceded the opener, no thanks to a defensive mix up few minutes before the break.

Earlier, Foluke Opeyori was hacked down in the opposing box, but the homers were stunned to see the referee, Peace Anugwu called for play on.

Moment later, Delta Queens defender stopped the flow of the ball with her hand inside the eighteen-yard box and again Sunshine Queens’ penalty appeal fell on deaf ears.

The home team continued to press for a lever, with Aganmuyi Kehinde heading high from Aluba Ogba’s corners kick after the half hour mark.

Ikeh Ginika and Christy Ohiaeriaku were forced to make way for Ayowunmi Omosuyi and Lucky Andy in the 32 and 60 minutes respectively due to injury.

Despite renewed effort and urgency of the Akure landladies the Deltans held on to their one goal advantage into the break.

Then five minutes into the restart it was 2-0 for the visitors who made the most of a close offside situation.

The Orange and Blue ladies went close to a leveller minutes later but Ayowunmi Omosuyi’s goal-bound missile was saved by the goalkeeper.

A late tactical tweak with introduction of fresh legs could not savaged the situation for the Dimeji Abimbola tinkered side as Delta Queens sealed the win with a belter from way out six minutes from time.